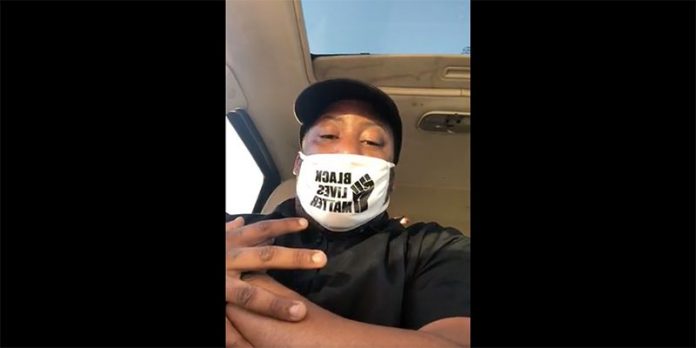 Corporations, food companies, and so many others have mostly all sworn and pledged their support for the Black Lives Matter movement. From CocaCola and PepsiCo to McDonald’s, Gushers, Taco Bell, and Wendy’s. Yet, there’s one thing that’s unusually consistent with every single one of them.

Sure, they’re all using mostly the same language to “build a better future”, “join together”, “support this movement”, “it’s important that our words match our actions”, and on and on. Every. Single. One.

But that’s not the ‘unusual’ part about all of this. We have come to expect major brands and corporations to, usually reactively, throw their support behind a movement or social issue if it’s deemed profitable enough to do so. What is unusual, if we even want to pretend it is anymore, is that food brands across the board seem to operate by the same set of internal rules for how they back their words and statements of support up.

They don’t actually commit to doing anything.

Or, when they do it’s generally a very vague and empty gesture.

If they were truly serious and truly cared they would take a good long look at their own internal systems and policies to make heads or tails of whether they are actually helping the communities they serve and the people they employ. The people they employ, by the way, are largely the underserved, at risk of no real opportunity for upward mobility, and part of a minority group. These are also the same people many of these food brands employ on the cheap, do little to invest in their future with or outside the brand, and treat as easily replaceable parts.

The CEO of Taco Bell, Mark King, penned a letter to “Team Members” and spoke about how much he and Taco Bell support equality, understand that black lives matter, and being committed to being “part of the long-term solution”.

On top of that, King says “Taco Bell will continue to lead and drive positive change amongst our communities and beyond.”

This letter was published on the company website on June 2, 2020.

Read the full letter from our CEO, Mark King.

We’re muting our channels for the rest of the week to reflect, learn, and listen.

Yet, Taco Bell, in all its bagged meat glory, highlighted a critical disconnect between saying you support something and actually supporting it when one of their restaurant managers fired an employee, Denzel Skinner, for wearing a face mask with the words ‘Black Lives Matter’ on it.

Now people online across the country have gotten the hashtag “RIPTacoBell” trending on Twitter and have shared the video above and used #RIPTacoBell tens-of-thousands of times in just a few short hours today.

“We are disappointed to learn what took place in Youngstown. We are working with our franchisee that operates this location to understand what happened. We are committed to fighting racial injustice and hosting open forums to give restaurant teams an opportunity to discuss racism in America. Our priority is to be an inclusive brand while keeping team members and customers safe.”

The statement also highlighted the fact that due to supply shortages of masks, employees are allowed to bring their own mask or face cover to work. However, they finished their statement with, “As this is a fluid situation, we’re in the process of considering the need to revise mask and uniform requirements to address recent concerns.”

Why is it so difficult for companies to say what they mean and do what they say? Why must nearly every situation and PR crisis they find themselves in be one in which they created for themselves?

And by the way, Taco Bell is owned by Yum! Brands. The same corporation that owns KFC, Pizza Hut, WingStreet, and The Habit Burger Grill.