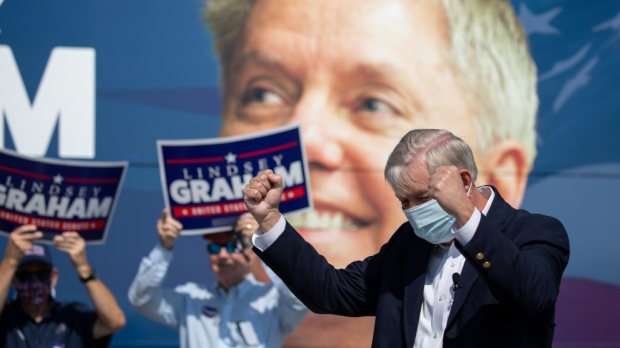 South Carolina Senator Lindsey Graham is locked in the most competitive and expensive re-election campaign of his political career. The latest polls show Graham leading Democratic candidate Jaime Harrison by six points, with the margin of error placed at 4.5.

That’s about the only good news for the Senator as it appears no matter where he goes he’s confronted by angry protestors.

I arrived in DC today & was confronted by 2 women – one of whom was from Seattle – who called Judge Amy Coney Barrett a racist & unqualified. This is the modern left, hostile & unhinged. I won’t be intimidated. I can’t wait to #FillTheSeat. STAND WITH ME: https://t.co/ZwkiWzOfR7 pic.twitter.com/sGkyzpCdxw