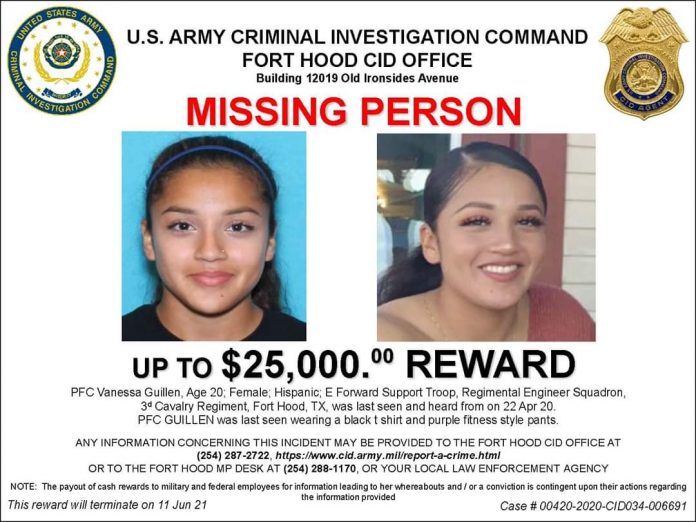 20 year old Army Private First Class Vanessa Guillen went missing from the Fort Hood base in Texas on April 22nd. The Army CID posted a $25,000 reward for information about her disappearance. Chris Grey, the spokesman for Army CID said “We are completely committed to finding Vanessa and aggressively going after every single piece of credible information and every lead in this investigation. We will not stop until we find Vanessa.” The League of United Latin American Citizens (LULAC) matched the $25,000 reward for information. The case has also garnered support from Selma Hayek who is posting pictures of Vanessa on her Instagram story every day.

Sexual harassment investigation has been started

Restaurant releases footage of Vanessa Guillen before she vanished