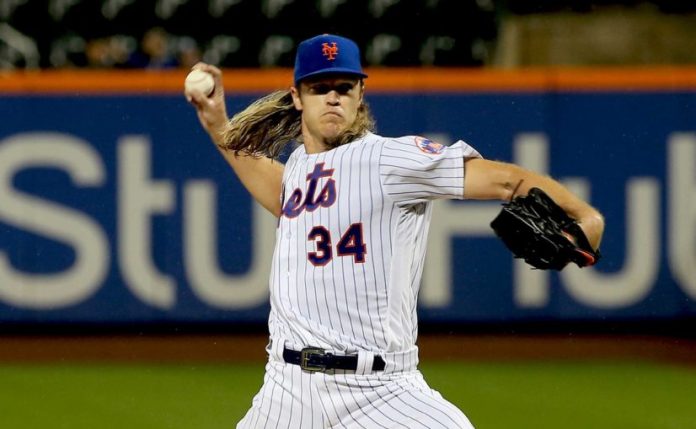 The New York Mets and general manager Brodie Van Wagenen flirted seriously with trading Noah Syndergaard at the July 31 trade deadline. With the club floundering at three games below .500, out of the race for the National League East and behind several teams for a Wild Card spot, part of a moderate teardown with an eye toward contending in 2020 was listening to offers for Syndergaard and Zack Wheeler.

Taking offers for Wheeler, a pending free agent, made sense. Syndergaard was more complicated. A reasonable question to ask was why the Mets, hoping to contend and with a 27-year-old power arm under team control for two more seasons, would even think about trading Syndergaard. A simple explanation is that he would yield the biggest return based on those very factors. Still, it’s understandable to stop and wonder if there are underlying issues that teams would not see until they unwrap the box to play with their shiny new toy.

Rather than trade anyone other than the superfluous (Jason Vargas), the Mets instead chose to add by acquiring Marcus Stroman from the Toronto Blue Jays. With the very real prospect of losing Wheeler, a Syndergaard trade left them with not one but two giant holes to fill in their starting rotation for 2020.

For the Mets and Syndergaard, it’s not as simple as one answer as to why they’ve headed in this direction. There is a combination of factors that made him available to begin with and led to the Mets, according to a Van Wagenen pronouncement that he would not be traded, ultimately deciding to retain him for 2020.

The free agent market for starting pitchers is relatively flush, but the Mets’ holes are many and given the contracts already on the books, their financial wiggle room is limited. Unless a team caved to their demands – think Forrest Whitley and Kyle Tucker from the Houston Astros – it made precious little sense to deal Syndergaard. Had they signed Wheeler to an extension at the deadline as they tried to do, either they would not have traded for Stroman or they would have traded Syndergaard, likely the latter.

Syndergaard can be a handful. He speaks his mind. He is out and about in New York City, enjoying the attention he attracts with his 6’6” frame and long blonde mane. On the field, it’s not as obvious that his ceiling is as limitless as was once believed. He surrenders an inordinate number of hits for a pitcher with his power arsenal; his command has been lacking; and his complaints about Wilson Ramos’ framing skills and overall defense sounded eerily close to blaming everyone – Ramos, the organization for pairing him with Ramos, the tightly wound baseballs – other than himself.

In the positive category, FanGraphs has the average velocity of his fastball at 97.7 mph; the rise in home runs and reduction in velocity and movement on his slider could easily have been attributed to the changes to the baseball itself; and he did come within 2.1 innings of reaching 200 for the first time in his career.

Obviously, the relationship had reached a nadir as the Mets listened to trade offers. It was leaked that Syndergaard was unhappy with Ramos’ defense and the Mets paired him with Ramos anyway. Now, with the Mets telling teams he’s no longer available, clearly the sides came together and reached a détente for the foreseeable future. Regardless of all other considerations, with the still unsettled situation of Wheeler and the reality that the Mets are not signing Gerrit Cole, Stephen Strasburg, Madison Bumgarner or any of the big names from other teams, they need Syndergaard’s innings even if they’re attached to 2019’s up and down performance. Unless a comparable pitcher was coming back in the Syndergaard trade as well as top-tier prospects to sweeten it, how can they trade him and sell an idea that they’re trying to win in 2020 or that it’s best for the organization to deal him?

For Syndergaard’s part, a trade could benefit him if he’s sent to the right place as Cole was. But Cole might have remained the enigmatic and frustrating entity he was at the tail end of his tenure with the Pirates had he been traded to the Yankees instead of the Astros. Now, after two masterful seasons in Houston, Cole is set to receive between $35 million and $40 million annually. Syndergaard knows that. There is a chance, however, that if the Mets trade him, he could wind up in a locale that is unappealing to him professionally and boring personally. A bored Syndergaard could cause more trouble than he’s worth.

For the benefit of the club and the player, they are staying together in a marriage of convenience. Each can get what they want and then amicably split when the time comes. It’s the logical conclusion and best for all parties if they stick to that script, which by statement and action, they appear primed to do.