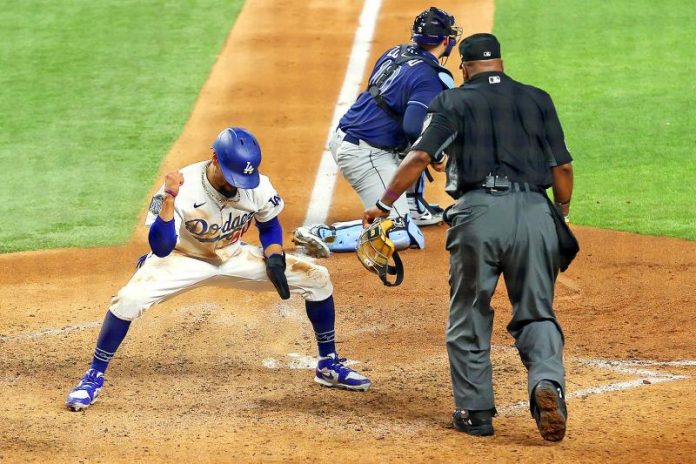 Los Angeles Dodgers superstar Mookie Betts earned everyone in America a free Taco Bell taco after stealing a base in Game 1 of the World Series. Betts stole a pair of bases and hit a home run and ended the game with the third-highest WPA+ at 0.121. Cody Bellinger had the second-highest WPA+ (0.168) and arguably one of the most impactful moments of the game with his two-run blast in the bottom of the fourth that gave the Dodgers a lead they never relinquished.

It was Clayton Kershaw, however, with the best performance of the game overall. He struck out eight over six innings while giving up just one earned run. His game score of 71 was the second-highest of his career in the World Series. His highest and best performance was a 78 he put up against the Astros in Game 1 in 2017.