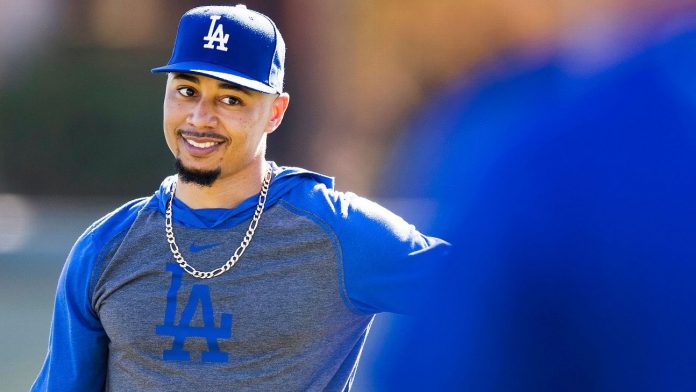 When the numbers for Mookie Betts’ contract extension with the Los Angeles Dodgers were revealed, they were big, but not big enough that the Boston Red Sox could say they were justified in dealing him. Immediately, Red Sox fans were even angrier than they were when the trade was made as they thought with great hope that there was a good chance of the club re-signing him as a free agent. Had that been a consideration at the time, they would not have attached David Price’s contract to Betts, nor would they have traded him to a team that had the financial wherewithal to retain him.

They did both, which essentially sealed their fate as moving on from Betts permanently, whether they admitted it to the fans and media or not.

Regarding the contract, its parameters are less than what was expected for a player of Betts’ abilities at his age. Clearly, COVID-19 was a factor. Given the current circumstances with a fractured season, the pending free agent market hindered by the health crisis and unavoidable labor strife on the horizon, Betts took the money rather than risk illness or injury.

The ongoing pandemic has impacted just about every aspect of sports on and off the field and it wasn’t until the first of the top-tier free agent dominoes began to fall that its ramifications on contracts came clear. Betts and the Dodgers agreed to a 12-year, $365 million contract extension to preclude his pending free agency and save the Dodgers from trading for what amounted to a scam timeshare that was severely damaged by a hurricane and ended up living with Snooki and The Situation.

Could he have gotten more?

One year ago, yes. Now? Just like everything else with this bizarre season with daily turmoil and an unpredictable outcome, it’s impossible to say.

Had the Red Sox known that the price tag would drop by around $100 million compared to the initial numbers being batted around to sign him, perhaps they would have pulled the trigger on that trade anyway. It was widely-panned and accurately viewed as a salary dump to get David Price’s contract off the books, but getting rid of Price did have value.

Mike Trout’s contract is the star whose gravity dictates the rotation of other players’ contracts. Betts isn’t Trout – nobody is Trout other than Trout – but is Betts worth $70 million less when he’s a year younger and has the lithe body type that tends to age better than the bigger, bulkier Trout? As people, they are exactly the type of players who clubs are wise to invest that kind of money in. The Red Sox went in a different direction.

Saying the Red Sox should have retained Betts and figured another strategy to get Price’s contract off the team is a reasonable position…in hindsight. At the time, however, the club was calculating the offers for Betts vs. the value of trading Betts, getting some decent prospect return and the massive benefit of dumping half of the $96 million remaining on Price’s deal.

The status of the team is also a contributing consideration. The Red Sox are starting a pseudo-rebuild. One of the drawbacks, if you can call it that, of being a big market team with cash available and some remaining talent in the organization is that the option to burn it to the ground, lose 100+ games for two or three years and tank for the future is off the table. With their history and ticket prices, they cannot do that. Still, their tacit lack of on-paper improvement, that they hired a caretaker manager Ron Roenicke to replace the fired Alex Cora, and that they replaced Dave Dombrowski with Chaim Bloom from the financially-strapped Tampa Bay Rays made their intentions clear. Even before COVID wreaked its havoc and turned MLB into a mishmash exemplar of inexplicable contemporary art sans dealers and collectors expressing its poignancy, they had conceded the 2020 season and probably the 2021 season as well. Their starting rotation is arguably the worst in baseball. They’re in a division with the powerhouse Yankees and the very good Rays. The team has no shot to win this year with or without Betts. They punted.

It is theoretically possible that they planned to try and re-sign Betts, but the club was circumspect about it while Red Sox fans and observers seemed to take it as a given when the likelihood of all the pieces falling in place for that to happen was quite small given Betts’ age, talent level and production. Once the numbers reduced to a level where the Dodgers would have been foolish not to pull the trigger on an extension, the delusion of Betts returning to Boston ended.

The question here is why are so many teams reluctant to retain their own stars when they have the money to do so and there is not a strategic blueprint in which they are trading the player or letting him walk as part of a comprehensive plan.

Hype aside, Bryce Harper is a level below Trout and Betts, but the Washington Nationals allowed him to leave with a perfunctory offer not made to retain him, but to say they tried when they really didn’t. They were proven right in that Harper’s Philadelphia Phillies similarly underachieved as Harper’s Nationals had with him in the fold and then won the World Series without him. At the time, simply allowing a 26-year-old former Most Valuable Player to walk away for nothing when the team had the money to sign him was bewildering. They did the same thing with Anthony Rendon. The Dodgers traded for Manny Machado and did even put up the pretense of trying to retain him. These players are young stars in their primes, but clubs exhibit no qualms in saying goodbye.

Personalities and on-field play aside, this is a philosophical change in which large market teams mimic small market teams in their spending decisions without the financial excuse to do so. Had this been a case of Barry Bonds and the Pittsburgh Pirates when the team did not have the money to retain him after 1992, then fine. It wasn’t. The players were in Boston and Washington. The Red Sox certainly could have paid Betts, but financial wiggle room aside, teams are increasingly wary of putting such a massive percentage of their payroll into one player, no matter how great he is; how young he is; what a tremendous person he is. Obviously, that does not hold true for all teams since Trout, Harper and Betts got their contracts for $330 million to $426 million, but it happens to a notable degree and it’s every year.

Statistics and objective valuations have changed sports forever. It was the Red Sox determination that they were better-served to take the offer on the table for Betts and get rid of Price that dictated this road. If there were factions who believed there was an off-ramp to get Betts back, the Dodgers and COVID blocked it.

There’s no doubt the Red Sox could have matched the contract Betts signed. But pre-COVID, does he accept that offer from them? It’s difficult to envision. Panning the trade, questioning the Red Sox motives, wondering why they were willing to deal a superstar in his prime for a mediocre return and salary relief – all are viable. To say they should have signed Betts to that deal ignores the fact that Betts would not have signed it last winter had there not been a pandemic to alter the landscape of, well, everything.