Dustin Hart and his wife took mask personalization too far at a Food 4 Less in Santee, California. The couple walked into the store with Swastikas on their face masks. Several shoppers confronted the pair who responded, “It’s a peaceful protest” against the “Nazi” governor. Hart had apparently prepared for a confrontation as he filmed the whole incident on a body camera that he was wearing. The police were called and they were asked to remove the swastikas. The police informed them that by law they were free to wear them outside of the privately owned business but that the symbol was against the store’s policy. The couple eventually left without physical removal, but never removed the swastika masks.

Something similar occurred in a Walmart in Minnesota

Will visitors actually go to Disneyland?

Multiple police/protester clashes over the weekend 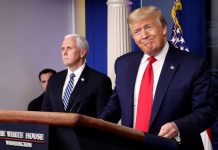