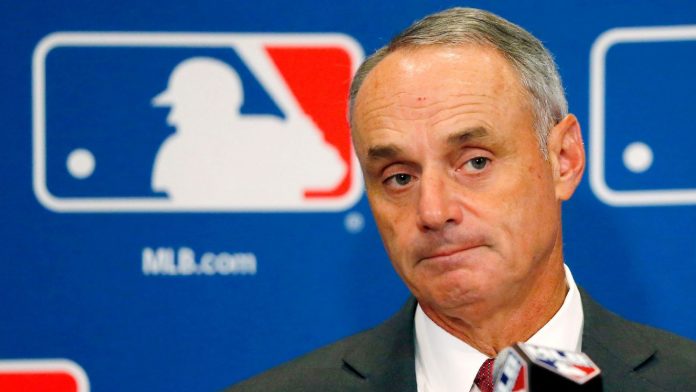 Major League Baseball has announced that the upcoming draft will be five rounds. The details of this decision, the financial reasoning and how it impacts amateurs is discussed here. In analyzing MLB’s likely intent in this drastic step, it’s important to consider the backstory and what led to this. COVID-19, the cancellation of amateur play and delay in professional play sped the changes and reduced the number of rounds far more significantly than was the original intent. However, the combination of culling minor-league teams – discussed here in a  previous post – and the slashing of the number of rounds in the draft is part of a long-term, cost-cutting plan that is largely reliant on the new metrics being more effective at locating players, the teams’ greater cohesiveness in developing them, and the tacit decision to spend even less money on amateurs than MLB was before.

As for the idea that undrafted players might benefit from being undrafted free agents with those having higher ceilings being part of a bidding war to get them more money, forget that too since the bonuses for them have been capped.

These are the unintended consequences of several factors:

The naïveté of those who pressured organizations to pay better wages to minor leaguers is mind blowing. Did they not understand that if clubs agreed to better compensate these players – the overwhelming majority of whom have zero chance of making it to the majors – MLB owners would find other ways to counteract the pay raises? Part of that is cutting the number of minor-league teams: Fewer players, fewer jobs, money saved. Another part of that is slashing the amount they’re paying amateur draftees when they enter pro ball.

Owners wanted the changes; front offices, player development departments and scouts did not.

Yet front offices are responsible for the ownership expectation of cost-control. That’s why they’re hired. The easiest thing to do in building a championship team when money is not an object is to buy players. Through free agency alone, a title-contending team can be taped together within two or three years, if not fewer. Today though, the easiest way to get the job as a head of baseball operations and get in the owner’s good graces is to say there’s money to be saved and he can still win.

Winning? Yeah. That’ll be good too.

There were owners who wanted to win above all and do it regardless of the cost. Looking up and down MLB and they’re basically all gone. The biggest market teams the Los Angeles Dodgers, New York Yankees and Boston Red Sox are all operating within a budget. Their tactics reflect those budgets. With the deaths of Mike Ilitch and George Steinbrenner, which owner can be described as one whose vault is always open? There isn’t one.

The cutting of the draft is bad enough for players who would have been selected in the “reasonable chance to get a legitimate shot at advancement” rounds of the 10th to the 20th. For players from the fifth round to the ninth, there was a good chance they would be given a better signing bonus and receive an opportunity to play. Now, that’s all gone.

In recent years, MLB has placed great emphasis on streamlining. From ownerships to front offices to the on-field staff, there’s a growing reliance on centralized control dictating how every department functions.

Given the disarray in the past and the different philosophies and pseudo-governments seemingly functioning without oversight from one department and minor-league level to the next, this was a wise step to ensure the organizational standards are universal from top to bottom. Pitching mechanics, defensive positions, roles as a starting pitcher or reliever, hitting styles – all were up for interpretation with one coach saying one thing, another saying another and the player trying to be a good soldier to avoid the death knell reputation of uncoachable malcontent destined to end up as a misaligned, mentally fractured mess. Avoiding that is undoubtedly positive. Still, the belief that it is a solution to every puzzle in finding quality players is a big mistake. Reducing both the draft and the number of minor-league teams lowers the margin for error. That cannot be accounted for by using improved evaluative techniques and advancements.

The irony is that many who are lamenting the reduction in the draft and cutting of minor-league teams are those who heavily pushed like-minded Ivy League educated and SABR-friendly people populating every aspect of an organization. They speak out of both sides of their mouths when expressing dismay and disgust at these decisions while mocking and ridiculing those who clung to an old-school sensibility.

The system of casting a wide net in selecting amateurs made a degree of sense in the 1950s and 1960s when there were 15 to 20 minor-league affiliates to an organization. Now, it does not.

If teams are using different methods to scout players and gauge their future, it makes sense to expect there to be less variability in what constitutes a legitimate prospect. As the above-linked post regarding the needlessness of so many minor-league affiliates says, a precious few players who are drafted beyond the 10th round make it to the majors and contribute to a large degree. Some do, but it’s rare. Owners are justified in saying that these supposedly brilliant front offices who discovered new methods to value major leaguers and pay them accordingly should be able to do the same thing with finding amateurs to develop.

The argument could be made that this started with Moneyball. What Billy Beane was doing was the equivalent of a local farm looking at its finances, realizing it couldn’t compete with factory farms and relied on supplying farm-to-table restaurants and challenging bigger, better-financed corporate competitors with a different blueprint than the one the well-heeled entities were using. Once it was successful, became popular and Beane’s Oakland Athletics were spending a fraction of what the big market teams were, it was a natural progression for those big market teams to say, “Why can’t we do that?” and put their financial might to work replicating what the smaller entity did on a grand scale.

St. Louis Cardinals owner Bill DeWitt hired Jeff Luhnow knowing Luhnow had worked at McKinsey & Company, the global management consultant. McKinsey’s modus operandi is to ruthlessly cut the fat and help productivity. If that means stepping on toes by eliminating jobs, so be it. If that means alienating entrenched longtime employees, it needs to be done for the greater good from their perspective. DeWitt knew who he was hiring and why. That general manager Walt Jocketty and manager Tony La Russa looked at Luhnow as an unwanted interloper usurping their power and invading their domain without having paid the dues they did was irrelevant.

DeWitt wanted to do it the way Beane was doing it. Part of Luhnow’s strategy was to not waste lower-round picks on legacies and players who were just random names who a scout might have liked for some unquantifiable reason. His latter-round hits included Tommy Pham, Matt Carpenter, Matt Adams and Trevor Rosenthal. Despite good success in the back end of the draft, the front end was mediocre having taken Brett Wallace, Pete Kozma, Zach Cox and other busts in the first round.

Five rounds sounds extreme because it is extreme. But this is all part of a long-range plan on the part of MLB to reduce the number of rounds to a level it feels comfortable with based on the reduced need for players and the secondary cost-cutting from fewer being drafted. Going forward, it won’t be five rounds, but it will be 15 to 20 rounds. A significant portion of those who protested the drastic reduction will be placated with the tactical sleight of hand of living through five and then getting 15 to 20.

All owners, to a certain degree, want to win. Some are more financially committed to it than others, but they would like to win a championship and have a new bragging right within the super-wealthy circles they run with. If an owner sees a way to win while saving money, he’s going to jump at it. If there’s money to be made, it will sometimes stem from money to be saved. Telling an owner he can win while spending X money vs spending X money squared, the former will be chosen every single time. And they’re not wrong to do that. People wanted the minor-leaguers to be paid more and this is a direct result of that. They’ll get more money if they’re drafted, but now a big chunk of those who would have been drafted with a longer draft won’t be. It evens out…for the owners. As usual.