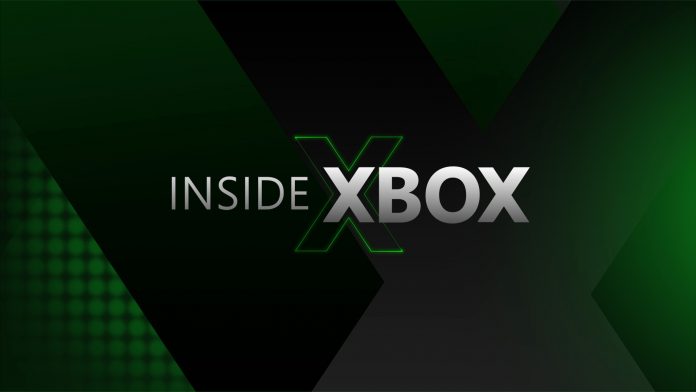 On May 7th, Microsoft held the first digital event of the summer. What was promised was a host of third-party games being played on Xbox Series X. However, looking back at the stream brings up a lot of disappointment. Here is where the Inside Xbox stream went wrong and why everyone is upset.

The number one issue with the most recent Inside Xbox stream is that everyone involved with it set up the stream to fail with its over-hyped messaging leading up to the event. Microsoft, Ubisoft, and even Geoff Keighley are responsible for this to some degree, in my opinion. Just one example of this are tweets like below.

Tomorrow changes the game. Or rather, the games do the changing.

Watch #InsideXbox at 8am PT for a first look at next generation gameplay for the Xbox Series X. pic.twitter.com/oZON5XSgKR

How did Inside Xbox change the game? Assassins Creed Valhalla (which we will go further into in a bit) was revealed a week prior. Madden NFL 21 is an annual franchise. Almost everything else revealed at this show was made by AA and indie studios. That does not make these bad game reveals by any means, but when you are coming out with a huge next-generation console, showing games by smaller companies does not generate excitement. Microsoft was making this show out to be a blockbuster event. One that could rival the kind of announcements seen at E3. What we got though was a B-tier lineup of games by the B team at Microsoft. I love Aaron Greenburg and the work he does, but not hearing a single word from Phil Spencer during an event like this instantly takes something away from the experience. He is the Head of Xbox and we need to hear from Phil when the Series X has games being announced.

There are so many amazing @summergamefest events planned. The schedule launches soon on the website, and next Thursday @xbox will have a special inside Xbox Episode at 11 am ET / 8 am PT with Xbox Series X gameplay. pic.twitter.com/yGR35MW0bF

For the first event headlining Summer Gamefest, this was incredibly dull and left me wondering how lackluster the rest of these events might be. We are talking about Microsoft here. Not only are they supplying one of the new consoles this year, but they are one of the biggest electronic companies in the world. If all they could get for this event (which let me remind you was supposed to be filled with game-changers) were smaller studios, what exactly do the bigger ones have to show? Do you know how they could have avoided the over-hype?

Set the expectations early like how they did with their first-party offerings. We knew right away that no one under Xbox Game Studios would be showing anything until July. They easily could have worded their marketing to show that these are exciting new games from their SMALLER partners. What we were told was we should look forward to Cyberpunk 2077, Avengers, and Batman: Arkham level game announcements. Instead, we got games that could be fun to play over a weekend.

Let me stress that there were good games shown off during the show. I will be playing more than a couple of these titles and hope to enjoy them. Nothing here conveyed why I HAD to buy an Xbox Series X, though. Microsoft already has an issue with first-party games, and if somehow that spreads to them not being able to show third-party offerings, they are in deep trouble. Even the Assassins Creed promises were not held up properly.

This Inside Xbox was not the proper first step into the next generation, and if this is the best that the biggest companies in the industry can show right now, the pandemic might be affecting things much worse than we have thought. If so, prepare for a mediocre summer and rest of 2020 when it comes to game releases. I admit that this pessimistic view is not viable, there will be big games released at some point and we want all the people making those games to be safe.

However, after all the momentum Microsoft had going into this week, they took a big hit in how excited fans are for their new console, and the biggest reason for that is how they over-hyped the fanbase.

Ever since Assassin Creed Valhalla was revealed a week prior, Ubisoft had been promising a first look at gameplay for their upcoming game.

The problem with the trailer, however, is there was absolutely no gameplay shown off in the minute and a half of footage. Allow me to echo a common sentiment you can find around the internet following the “gameplay” trailer. Cinematic footage is NOT gameplay. You cannot expect a fanbase to be excited from seeing clips of in-game cutscenes pasted together. That works for when a game is first being revealed. This is the kind of trailer that should have been shown while the game was being announced.

It delivers on the idea of Assassins Creed Valhalla. You play as a Viking who also happens to be in the creed. It shows the Viking ships, battles and all that jazz. Not once in here is gameplay shown. After being told for a week we would see that footage by not just Ubisoft, but Microsoft as well, of course everyone looking forward to the game is disappointed. It goes back to expectations being set much too high, and the fault of that here lies in both companies presenting the trailer.

Games shown off in the May Inside Xbox show have a cloud of mystery around them in some way. Some of the games did actually have gameplay or conveyed the idea of that game. In fact, most of them did a great job of selling what that development team is going for. However, there are still many questions surrounding these titles. Are these Xbox exclusive? Are they timed exclusives? What kind of time frame are we looking at for their release? While Inside Xbox showed off a batch of games, there was very little explanation around those games. Some were revealed afterward to be exclusive to Xbox, but not out in front for the public to see. To not even have a planned release window for any of the games shown does not help their cases as well. If these games release around Cyberpunk 2077, how can they compete? If we are waiting until 2021 for these, they could be going up against other bigger games that have been pushed back. 2020 is filled with so many questions for upcoming video games. A little more clarity from gaming companies could go a long way to avoiding so many questions.

Overall, Inside Xbox was a disappointing showing if you were going into it hoping for the shining stars of the next generation. Most of the blame for this falls on Microsoft and Ubisoft for overpromising and underdelivering, but the good news is we are only in May. Microsoft will be holding monthly events leading up the Series X release, and they have plenty of time to turn this disappointment around into excitement again. According to Aaron Greenburg, they are listening.

Had we not said anything & just shown May Inside Xbox show like we did last month, I suspect reactions might have been different. Clearly we set some wrong expectations & that’s on us. We appreciate all the feedback & can assure you we will take it all in & learn as a team. 🙏🏻💚

As mentioned above, there are so many questions in the video game industry right now. However, there is a lot of room for companies to ease our concerns and rebuild excitement for the next few months. Hopefully, the teams learn and build from this experience, and I can write next month about how much better I am feeling about going forward.