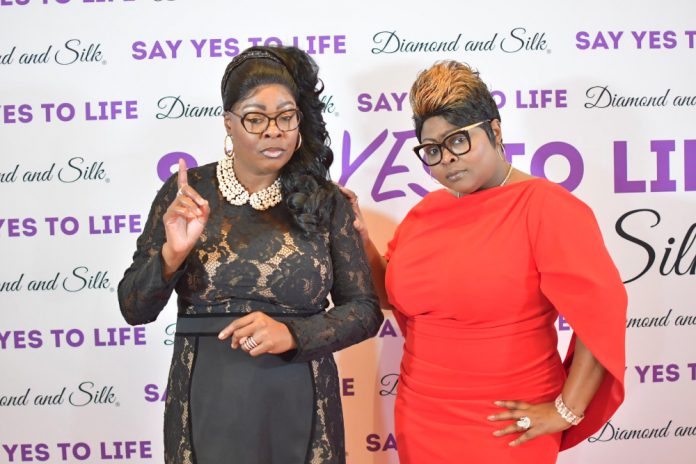 Diamond and Silk, Lynette Hardaway and Rochelle Richards, are political commentators who have professed in the past to be “Trump’s Biggest Supporters.” Despite this, they have been vocal about lifting the nation wide lockdowns and stay-at-home orders. They posted a tweet that was later removed that said: “The only way we can become immune to the environment; we must be out in the environment. Quarantining people inside of their houses for extended periods will make people sick!” They have also claimed that self-isolation takes away freedom. “We are the United States, not Communist China,” they wrote. “This Deep State experiment that we’ve all been suckered into must end or we will no longer have our freedoms or our country. We were asked to go inside to flatten the curve, not the economy. #OpenUpAmerica”

Tucker Carlson: “the virus isn’t nearly as deadly as we thought it was.”