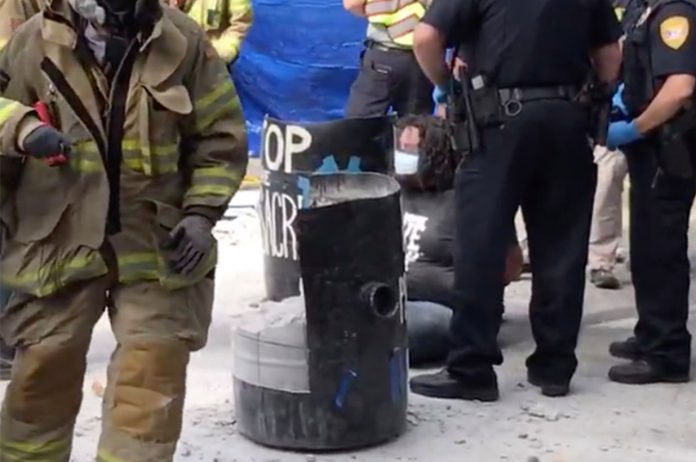 28 year old Jordan Mazurek, a Texas native, was arrested Friday afternoon after sticking his arms in a concrete barrel outside the governor’s mansion in Tallahassee, Florida. He was there protesting the treatment of prisoners during the COVID-19 pandemic; his barrel reading “stop the massacre.” Police realized that Mazurek had a way to remove his arms from inside the PVC pipes in the barrel after they saw him reach up to adjust his mask. The barrel was rigged so as to make forcible removal difficult, so the police used a jackhammer and destroyed it. Other protesters on scene said they were concerned about the lack of care being taken to distance prisoners from each other and contain the spread of the virus. Florida’s Hillsborough County Jail released 164 low-level prisoners in an attempt to reduce the spread, with one released inmate allegedly committing murder the day after he was released.

An escaped convict in Washington state was recovered