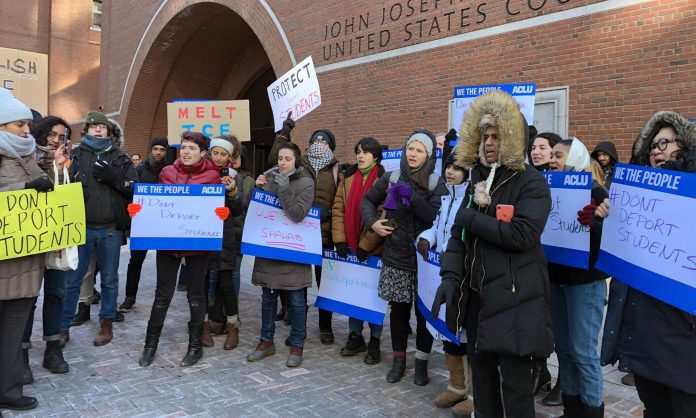 An Iranian student who has been attending University in Boston, first Boston University and now Northeastern, was denied re-entry into the United States on Monday. Upon arrival to Logan airport, he was detained and refused entry even though he reportedly has a valid student visa. While at the airport his lawyers filed an emergency lawsuit in an attempt to delay his removal, which was approved by a judge, but he still ended up on a flight to Paris later that day. US Customs and Border Patrol has declined to make any comment on the matter. Northeastern University is petitioning to have him return to start classes, which began this week.

Read more about the order of events here