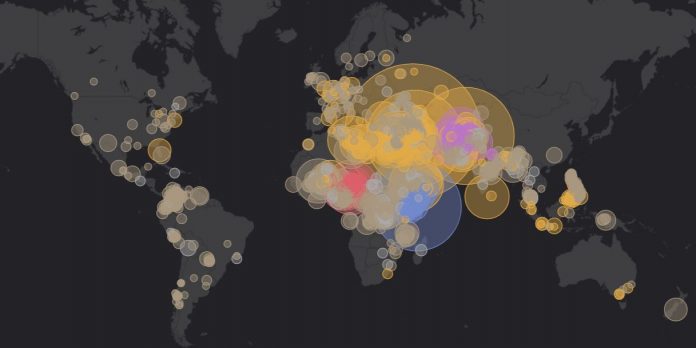 Given the recent death of ISIS leader Abu al-Baghadi by American forces it would stand to reason plenty of publications would cover that. But, to have RT and other non-U.S. news publications covering ‘terrorism’ more frequently and with more depth than American media – it just seems unexpected.

America has been fighting its global ‘War on Terror’ for nearly 20 years now, having launched its Global War on Terrorism campaign after the September 11 attacks. Yet, when it comes to media coverage of terrorism at large, American media seems to really miss the mark. Both in terms of coverage and the depth of that coverage. 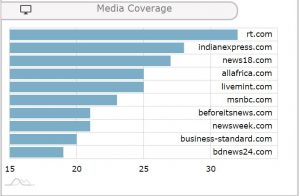 Here’s a look at the English-speaking media outlets across the world and their frequency of coverage on “terrorism” over the previous 90 days.

There are literally two American publications ranked sixth and eighth, respectively, and an American-run conspiracy and fake news site between them.

Since RT has been leading the volume of coverage on terrorism for the past 90 days we’ll use them as a comparison. Russia, in 2017, experienced 33 terrorism incidents and 61 deaths.

How is it that the leading Russian news site RT has shown a more consistent interest and willingness to cover terrorism than American news outlets?

Is terrorism too scary for Americans? Are we simply tired of perpetual war and tune out media coverage of it – and in doing so American news outlets just don’t cover it as prominently in the news cycle?

Or, perhaps it’s a result of experiencing a different type of terrorism in the United States versus what Russia likely stares down most days. Most terrorist incidents that occur in the U.S. are of the domestic variety; mass shootings specifically. Russia, on the other hand, has borders surrounded by countries that are a breeding ground for terrorists, terrorist activity, and just terrorism as a way of life.

There’s all of Europe which deals with it’s fair share of terrorism incidents. The Middle East pumps out terrorism like candy on Halloween. Africa has its own thing going on with warlords, unstable governments, and corruption just as badly (if not worse) than the Middle East does.

Maybe the answer to why American news outlets don’t cover terrorism and extremism as prominently as foreign news outlets is because we just don’t care as much as we say we do. Plus, we’re more likely to be killed by a white man with a gun in than we are by a brown man with a bomb strapped to his chest in the United States.