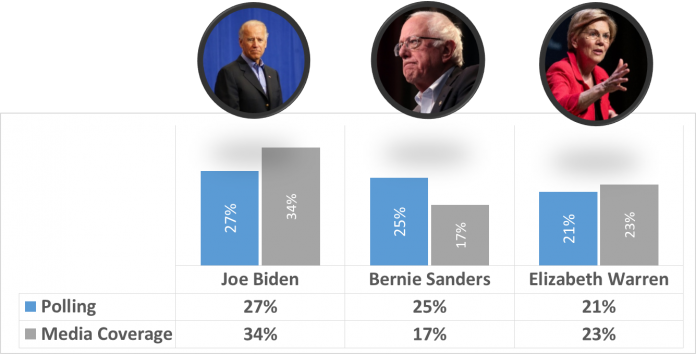 When it comes to politics, there is an irony that resembles the ‘catch 22’ dilemma. How do you attract media attention without a good showing in polls, and how do you reach voters without media coverage?

It appears the 2020 Democratic field, with only 3 months left until the Iowa caucus, have cemented their contenders. Barring a major upset in the early primary elections, or a floor fight at the convention, one of these three candidates will become the democratic nominee for president.

Did you know? Just three candidates represent 74% of the Democratic Caucus.

There has been little fanfare for this crop of presidential candidates, most being lamented for being too establishment or not well enough credentialed. Couple this with a decade marred by hyper-partisan gridlock and you have a recipe for a mundane democratic candidate. 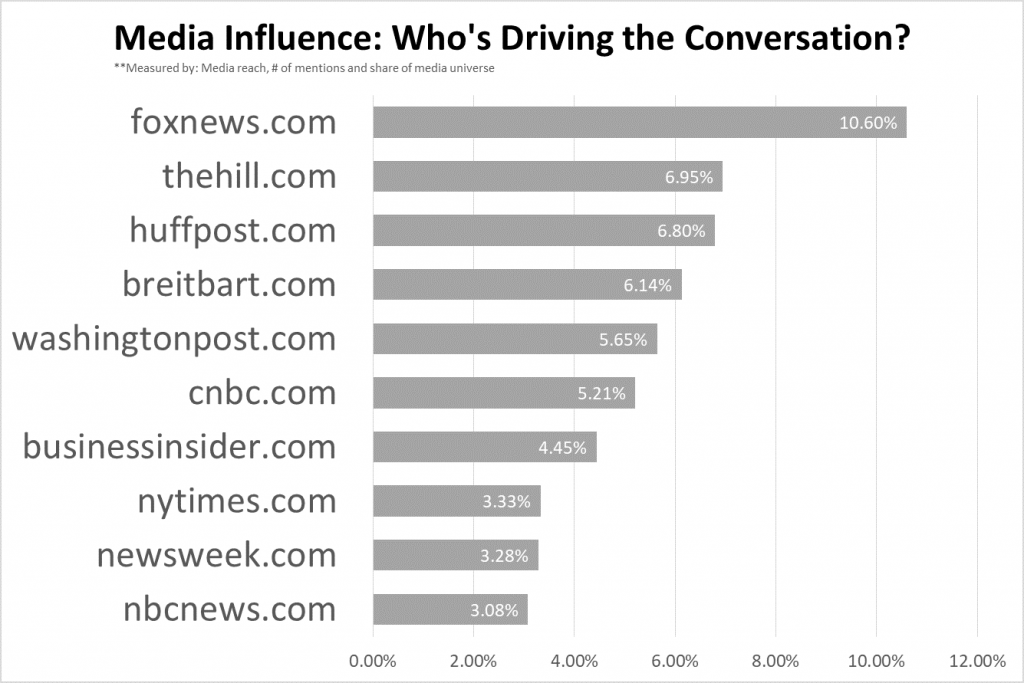 Of the 1,000+ top news publisher we monitored for the Democratic primary field, just 10 represent a majority (55%) of all media consumption. Less surprising is that a large portion of the democrats’ media coverage comes from right-leaning news sources.