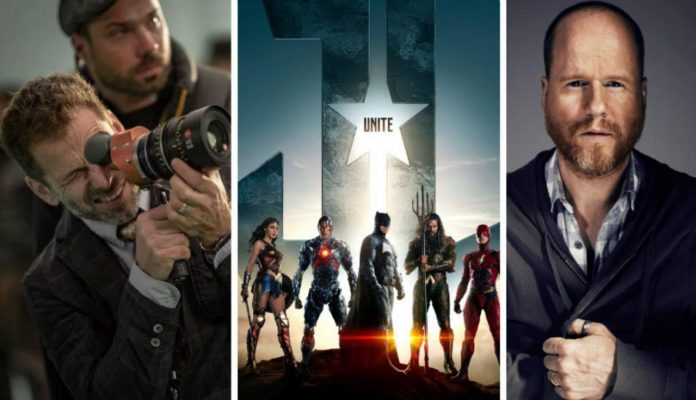 Zack Snyder is going beyond the requisite promotional blitz for the “Snyder Cut” of Justice League (ETA 2021). He’s even abandoned the cryptic comments about Joss Whedon’s directorial effort in the critical and commercial disappointment of 2017’s theatrical release of Justice League by expressly saying he would have burned the Whedon footage and that he had no say in the studio’s selection of Whedon to replace him on the film.

Whedon League vs. Snyder League is probably not what Marvel or DC has in mind for a blockbuster, but it is somewhat interesting in a tabloid sort of way.

In Snyder’s defense, no filmmaker, writer or creator of any kind wants their work interfered with by an outsider. Producers and implementing their “suggestions” is a necessary evil. An idealistic director who will die on the hill of his vision has a choice: direct the film as written and risk losing financial support from the studio or acquiesce to commercial concessions.

Still, shifting responsibility to meddling entities has its limits. Many find Snyder’s style unpalatable. Had he had commercial and critical success with DC beforehand, the studio interference that pockmarked Watchmen and Batman v. Superman: Dawn of Justice would have receded, not increased with the passage of time. The financial consequences of another failure – this time with the massive expectations for Justice League – made it necessary to rethink the entire DC Universe.

As is commonplace, the cover story differs from the actual story and the perspectives of those involved is slowly revealing itself in dribs and drabs.

Snyder left the project due to the death of his daughter, an unspeakable tragedy. However, judging by the response to much of the Snyder-helmed DC Universe predominately ranging from lukewarm to outright bad, it stands to reason that there was studio reluctance to move forward with him and run the risk of damaging the brand further. At that point, DC had little alternative. Information given to the public said Whedon was hired to replace Snyder due to circumstances, but it was the type of move that could easily have been discussed in muted tones well beforehand with an “I wish we could…”, quickly shushed away with tight lips and resigned head shakes.

Trying to recoup on a doomed investment required a fundamental change in philosophy. Despite Whedon and Snyder both working in the world of comic books and fantasy, their styles are radically different, as are the results. Snyder has his ardent defenders, elucidated by the groundswell and eventual agreement that his version of Justice League would be released on HBO Max. His detractors present legitimate critiques saying he relies too heavily on beautiful cinematography and too little on fan-friendliness.

Snyder had been roasted to such a degree that he was inedible. Whedon was an emergency takeout order to try and salvage the mess Snyder left behind, at least in the view of the studio and many fans. It wasn’t as if Snyder was fired. Whedon was portrayed as a friend of Snyder who took command of the project to complete it. Whether that is or is not the case is irrelevant. Even if they’re best friends, it does not necessarily mean their sensibilities will mesh to handle a project of this size. Creative continuity is vastly different from personal connection. In fact, a personal connection may hinder a workable professional partnership. Inevitably, there was a stylistic and narrative clash based on their aesthetics and how the men work. It’s comparable to “supergroup” music collaborations that look great on paper but face a complicated slog when they get into the studio. The results might be good; it might be profitable; but there’s little enjoyment in getting there.

This was a unique situation in that Snyder was forced from the project and it opened the door for the studio to put Whedon in hoping he could replicate Marvel’s efforts. Obviously, the landscape was radically different and retooling what was in place created a mishmash that few – least of all audiences – were happy with.

In these instances, when the bulk of the film has already been shot and needs to be spliced together, it’s unusual for a complete outsider who had nothing to do with the project to be called in to take over as director. This is true with a big budget film just as it is with a smaller film. The role of “director” is somewhat overblown. He or she is the on-set shot caller. In a film the scope of Justice League, there are probably 10 other people who could fill in as “director” and do a credible job of maintaining the overall vision of the piece, especially if it’s Snyder’s team taking over. It’s a collaborative effort. Asking the question as to why Whedon – who had no prior connection with the DC Universe – was tabbed to replace Snyder is not limited to wondering who could have finished this film alone, but extends to who could repair the entire DC Universe on the fly.

Did DC take advantage of Snyder’s personal tragedy to try and salvage something from a spiraling franchise that was a critical disaster and increasingly looked like it would lose significant sums of money once it hit theaters? Put it this way: had they wanted to plow on with Snyder’s concepts, they could have hired someone from his circle to complete the film. They didn’t.

Conspiracy theories are easy, but with the (over)hype surrounding the pending “Snyder cut” of Justice League and his recent statements about the original film that he implies was decimated by Whedon, it’s blatantly obvious that there was no creative happy zone between the two. One does films one way, the other another way.

Whedon’s Avengers managed to merge the sanctity of the comic while updating it for the screen and appealing to hard core fans and casual moviegoers alike. With much of Snyder’s work, if the viewer walked in unaware of any aspect of the story, it’s like dropping them in the middle of the forest. Whedon’s product is inclusive; Snyder’s is unwelcoming like an exclusive club where only a select few have the entire ring of keys and he does it intentionally as a wink to fellow comic book geeks.

The result with Whedon was not good, but the result with Snyder probably would not have been much better considering around two hours of it was left on the cutting room floor to adhere to the time allotted. Had Snyder accrued sufficient capital with the other DC films, his Justice League could have taken the same road as Marvel did with its epic Avengers: Infinity War and Avengers: Endgame. As disappointing and disjointed as Batman v. Superman: Dawn of Justice was and for the deserved blame Snyder gets for it, there were telltale signs of studio interference such as the clumsy way in which the story was told, the abandoned plot points such as how Superman disagreed with Batman’s methods in favor of a preposterously formulated Lex Luthor scheme to pit the two against one another while creating Doomsday because his dad was abusive.

Snyder criticizing Whedon is tantamount to Joel Schumacher criticizing Tim Burton. It’s not identical, but it’s in the ballpark. With all the talk and the amount of time before the Snyder cut of Justice League is released, expect there to be more sniping. Judging by history, the polarizing Snyder’s reputation will not be any better after the fact. The problem for him is that by then, there will be no one else to blame.