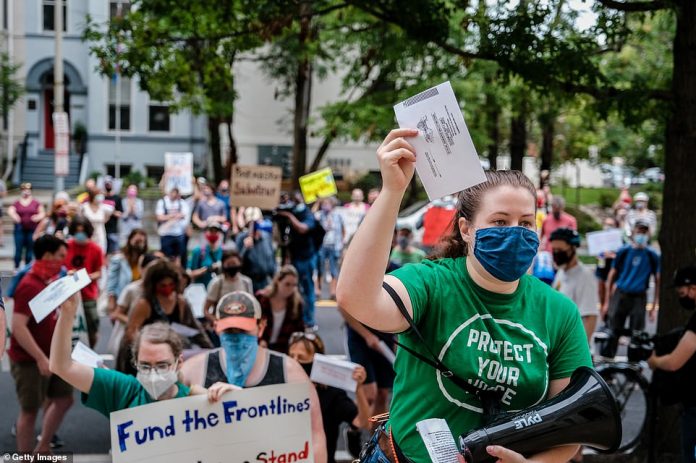 The USPS has recently sent out letters claiming that not all mail-in ballots will be counted in time for the 2020 presidential elections. A group of people gathered outside of the home of Louis DeJoy, the postmaster general, with air horns, pots and pans, and other objects in a “noise protest.” The protest was organized by Shut Down DC who stated, “DeJoy has fired or reassigned much of the existing USPS leadership and ordered the removal of mail sorting machines that are fundamental to the functioning of the postal service. Meanwhile, mail delivery is slowing down under other decisions made by DeJoy, such as eliminating overtime for postal workers.” They are claiming that these actions were done in order to aid President Trump in his bid for re-election.

The postal service warns of delays