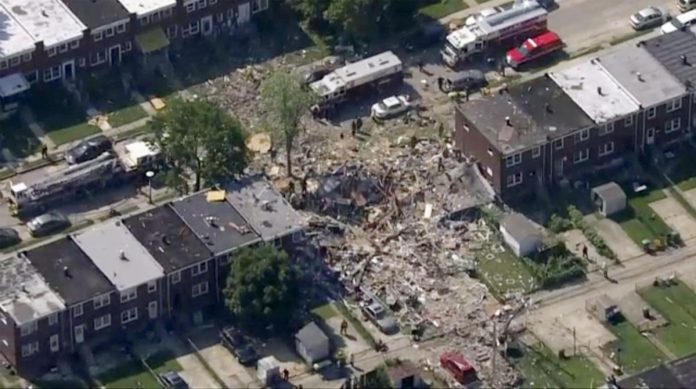 Three row houses in Baltimore are nothing but rubble and a fourth was ripped open. Others along the street had their windows and doors blown out, but so far the death count isn’t high. One woman was found dead on the scene, and six others have been rescued so far. Dozens of fire fighters are working to uncover other survivors. The official cause of the explosion is, as of yet, currently not official, but the preliminary reports suggest a natural gas explosion. The Baltimore Sun did a report last year that stated that two dozen gas leaks a day were being discovered in the area.

“It sounded like a bomb went off.” Neighbors weigh in on the explosion

Multiple shootings overnight in Baltimore leave one dead in a car