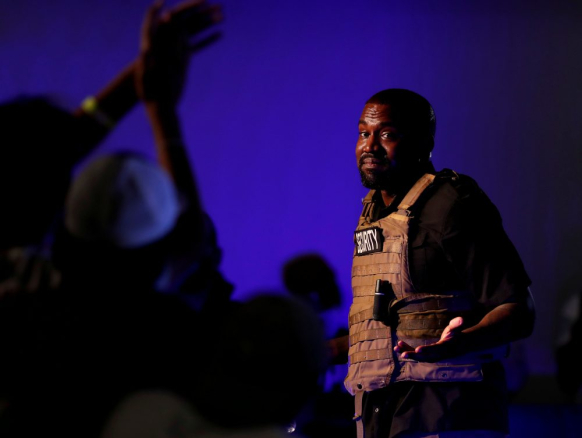 Kanye West, latest member of the 2020 presidential race, held his first rally the other day. During the event he tearfully told the crowd that he had stopped his wife, Kim Kardashian, from aborting their daughter. He also made comments about Harriet Tubman that drew ire from the crowd. Today he went on a twitter rant, saying that after the rally Kim tried to fly with a doctor to lock him up. He also made comment about his mother in law not being allowed near his daughter. He also said, “Kim was trying to fly to Wyoming with a doctor to lock me up like on the movie Get Out because I cried about saving my daughters life yesterday.” The tweets have since been deleted.

Kim Kardashian is worried about Kanye