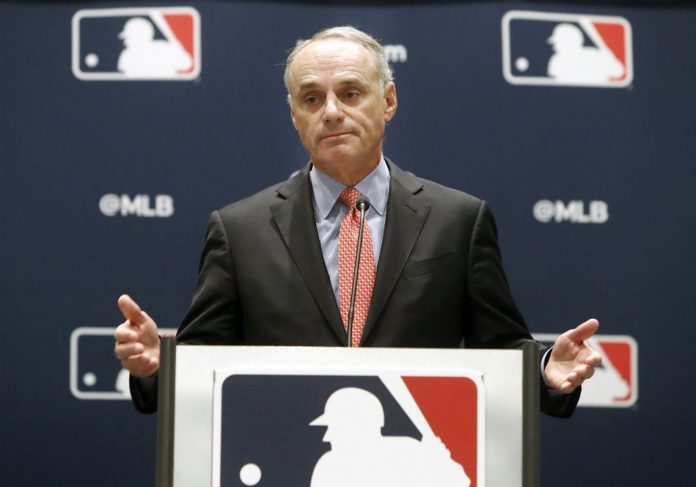 Historically, Major League Baseball owners have overplayed their hands to an astonishing degree and caused themselves far more pain than they otherwise would have endured had they been upfront and fair with the players and fans to start with.

In recent history, that includes:

Now, with COVID-19, the dispute between the owners and the players has reached a level of toxicity where there may or may not be a season in 2020 and, if there is, it will be drastically shortened with many of the biggest stars potentially opting out of playing.

The engaging storylines from spring training are gone. No longer does the discussion center on the Houston Astros’ cheating and the number of beanballs and brawls they were set to face; whether Gerrit Cole was the final piece to the New York Yankees’ championship puzzle; if the Los Angeles Dodgers’ acquisition of Mookie Betts would get them over the World Series hump; or which side in the Chicago Cubs’ divorce with Joe Maddon would come out looking better. Again, labor difficulties have come to the forefront and it’s exacerbated with an ongoing pandemic.

The financial details and origins of the dispute can be found anywhere through a simple web search or by checking social media, so it makes little sense to rehash them here. What it boils down to is that the owners are showing where their true interests lie – where their true interests always lie: maximizing profits by any means necessary. The rare owner who put winning and fan demands above all else is gone. It died with George Steinbrenner and Mike Ilitch. Today, most clubs are owned by corporations who couldn’t care less about baseball in any context other than how they can benefit from their investment or individuals who see it as a business venture in their diverse portfolios.

There is immense risk in again alienating fans by canceling the season through greed, but they’ve done it before.

For many, this level of risk-taking and tolerance for ambiguity is how they accrued the cash and the credit to buy a franchise in the first place. For others, they inherited the money and bought their way out of whatever mistakes they made by equating being born on third base with hitting a triple.

They don’t care about the fans in any way other than as customers. If the profit for opening the “store” –  i.e. playing baseball and paying the players a wage that the players find acceptable even with salaries prorated and providing protections if they happen to get sick with COVID-19-related illnesses – is not worth it in a business sense, then they won’t open it.

The easy solution until now has been to blame Commissioner Rob Manfred for the lack of decisiveness and comprehensive planning to have baseball and keep players safe from potential infection. Rather than negotiate in good faith, MLB has set the terms for negotiating by drawing a line and not deviating from it at all.

The owners are often accused of chopping off their noses to spite their faces. That may be partially true. More likely, they use these concerns as an opportunity to serve as a hedge maneuver and they’re exploiting the pandemic to implement a long-range plan to cut into salaries and damage the union. Already, they’re eliminating minor league affiliates and slashing the number of rounds in the draft, all in the interest of saving a few bucks. These were long-held goals they’re finally putting into action. Why not go all out as labor difficulties are on the horizon with a year-and-a-half remaining in the collective bargaining agreement? Essentially, they’ve started the predicted labor strife early and added to the animosity not just with their treatment of MLB players and dismissal of the reasonable MLBPA proposals to get back on the field, but with how they’re treating the minor leaguers.

Blaming Manfred is exactly what the owners want. He’s a stooge. MLB has not had a strong commissioner who was willing to buck ownership demands to try and do what was in his view right for the game since Fay Vincent. Vincent was forced to resign after a no-confidence vote from two-thirds of the owners based on his independence, disciplinary procedures and attempts at realignment. Right there, the owners’ cover was blown and the concept of an independent entity overseeing the game for the interests of the clubs and the players was torn off like a calcified scab.

The owners did not even bother with pretense in selecting Vincent’s replacement when they chose Bud Selig, who was an owner himself. It was supposed to be an interim appointment, but Selig just kept the job. Manfred succeeded Selig because he happened to be there and was a sufficiently vanilla automaton who’d do what he was told as a willing target of scorn and ridicule in exchange for the perks of the job. In other words, his secret to success was just showing up.

The owners are truly pushing to see what they can get away with. Only due to public outrage did clubs decide to pay many of their employees and to compensate their minor leaguers during the nationwide shutdown and they did it grudgingly. The amount of money clubs pay for these services is minuscule in the grand scheme, but they don’t care. Every 10 to 15 years, MLB’s overlords try these tactics to try and get a handle on payroll all while clubs in “small” markets like Kansas City are sold for a billion dollars. Former owner David Glass bought the club for less than $100 million just 20 years ago.

Who really believes these cries of poverty when they refuse to open the books to prove their financial situation is as dire as they say?

Some have suggested that MLB needs to take the lead of the NBA and anoint a strong-handed commissioner who will “keep the owners in line.” David Stern did that and now Adam Silver is also doing it. What is missed is that Stern and Silver have the support of the cabal of owners – within reason – and they accept a “strong” hand for the benefit of the business. There’s also a hard salary cap and cost control in the NBA that does not generally exist in baseball. Any limitation on MLB salaries is based on owners seeking ways to keep them down by using a different form of legal collusion and “valuing” players based on advanced metrics. If everyone is using the same advanced metrics, then players will be paid within a bracket where the richer teams won’t go utterly insane in collecting players and bloating their payroll to $300 million, $400 million or more even if they can afford it. This is how the Dodgers went from $300 million for their 40-man roster in 2015 to $200 million in 2020.

Calling for Manfred to be fired is meaningless. Could the owners throw him overboard to quell the simmering anger of players and fans? Might they install a commissioner who would be a commissioner and not a figurehead? It’s certainly possible, but it’s important to remember that the commissioner of baseball was only created when the game was in legitimate jeopardy of complete collapse after the 1919 Black Sox scandal and the veracity of the competition itself was called into question. Naming Judge Kenesaw Mountain Landis was a desperate attempt to bring integrity back to the game. That “integrity”, of course, included keeping black players out of the majors. Landis was given extraordinary powers because he demanded it and the owners, confronted with the destruction of the sport, felt they had no alternative.

Would they do the same thing now as the game is again in jeopardy?

This is all tied in together. It’s no conspiracy theory. It’s a cartel. And they’re functioning in plain sight with no one to stop them.