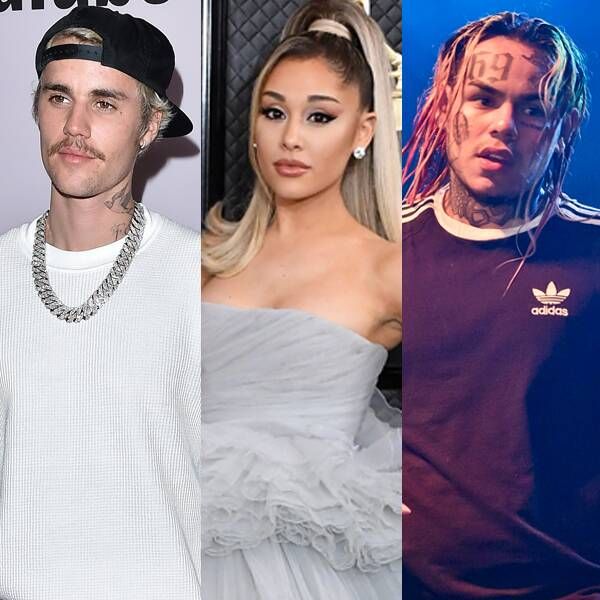 Tekashi 6ix9ine, the rapper who is known primarily for giving up information on everyone and anything as part of a plea deal, has accused Ariana Grande and Justin Bieber of buying thousands of copies of their own charity duet “Stuck with U.” Tekashi’s song, “GOOBA,” hit spot number 3 which was low enough that Tekashi’s team launched an investigation. He is claiming that 6 credit cards purchased 30,000 units of the duet. “When we asked where was those six credit cards linked to, Billboard said we can’t disclose that information,” Tekashi says in a video he released on this subject. Ariana Grande and Justin Bieber both deny the accusations.

Tekashi is in a feud with Tom Hank’s son Chet