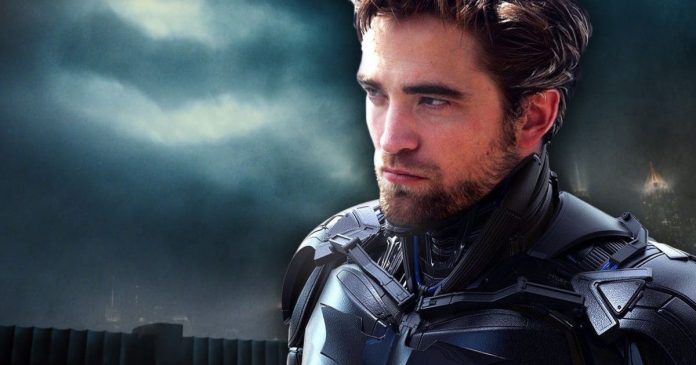 Even with the filming of The Batman being shut down due to COVID-19 and the mere act of going to the movies radically changed – perhaps for the long-term – Batman is still a hot topic of discussion. Recently, one-and-done Batman Forever star Val Kilmer was the subject of a New York Times Magazine piece about his career. While Batman was an understandably small part of his extended body of work in which he’s played several iconic characters in addition to the Caped Crusader including Jim Morrison in The Doors and the legendary adult film actor John Holmes in the underrated Wonderland, he made salient points about it with which every actor who has played it would likely agree whether they were successful at it or not.

His experience playing Batman did not elicit anger, frustration or lamentation as it did for others, but the article said the following:

If you read his press around the time of “Batman,” all those interviews are mostly just him complaining about the suit; he liked to say it was “a battering experience” because he loves wordplay.

He remembered a story from his time as Batman. One day he was filming and about to take off the Batsuit when Warren Buffett and his grandkids came by. They wanted to see Batman, so Kilmer stuck around in the suit, but they didn’t want to talk to him. They wanted to try on the mask and ride in the Batmobile. He understood then that Batman isn’t meant to be a real guy. Batman is meant to be so anonymous that the person who is looking at him can see himself in him. “That’s why it’s so easy to have five or six Batmans,” he says now. “It’s not about Batman. There is no Batman.” And so what kind of thing is that to play, a person whose job is to be as nonspecific as possible. He looked good in the Batsuit, but wearing it was torture. When he took it off, he was finally free.

With Batman, the challenges the actors have faced tend to mirror each other regardless of whether they’re considered nice guys like Adam West and George Clooney, intense and difficult like Christian Bale, reluctant like Michael Keaton, and polarizing like Ben Affleck. Now, The Batman star Robert Pattinson is resisting the conventional wisdom – specifically, refraining from turning himself into a muscle-bound fighting machine.

Part of this is biological. For someone as lissome as Pattinson, gaining the weight necessary to carry off the look of Batman likely requires measures that go beyond lifting weights, ingesting quality calories and adhering to the old Hulk Hogan line of saying his prayers and taking his (over-the-counter) vitamins. In fact, there is an apparent chasm between what the studio wants him to look like and what Pattinson is willing to do to achieve the studio’s vision. Given that filming, though paused, is well underway, they really can’t fire him. It’s a “what are they gonna do about it?” act of defiance.

In short, he doesn’t want to work out. Whether Pattinson’s statement that people didn’t look like bodybuilders in the 1970s (evidently the setting of the film) is tongue-in-cheek or not, the easy retort to such a statement is that 99.9999% of people weren’t masked vigilantes bashing in criminals’ skulls every night.

You kind of need muscles for that.

There is the argument that a younger Batman would not be as bulky and filled out as an older Batman, but “I don’t wanna” undermines a script-based conscious decision not to gain size. If Pattinson is on screen looking like the vampire-teen from Twilight decided to become Batman, the script had better be masterful and his acting chops need to be on point to sell it. If the performance is vital to the film’s success, this is a departure from the other iterations of the character, including ones that were darker with a noir realism.

Of all the actors to play Batman, Pattinson is the youngest and least established. Ironically, that combination suggests that he doesn’t view his own position as such that he needs to put his stamp on the character under the misplaced belief that the fans are not just going to see Batman, but they’re going to see Robert Pattinson as Batman.

West was a working TV actor hired to do a campy TV version of the comic book as it was presented in the late-1960 with a sunnier, kid-friendly tone.

Keaton was a comedic actor who Tim Burton liked from their work on Beetlejuice and who was in the middle of a transition from goofy comedy to more serious fare with Batman the catalyst to worldwide stardom.

Kilmer was a handsome, leading man type who, despite his difficult reputation, had acting chops and moderate box office bona fides to inherit the cape and cowl from Keaton without a massive outcry comparble what Keaton endured when he was cast.

Clooney’s long road to leading man status was still in its upward trajectory and, despite the terribleness of the script for Batman and Robin, he had no choice but to accept the part knowing the likely outcome being mockery and never getting another chance at it.

Bale was a child actor who was known for putting full emotional and physical dedication into his performances including terrifying weight loss for The Machinist followed by the muscular bodyweight gain – that Pattinson has refused to do – to become Batman.

Affleck had only just shed his status as beefcake meathead known more for tabloid fodder and some horrible film choices by winning acclaim for directing The Town and Argo.

Of all these actors, Pattinson seems to have a mature understanding of the absurdity of it in ways the veteran actors did not; that Kilmer expressed in retrospect by saying he hated it and that it didn’t matter who was under the suit.

Before the film has wrapped, it appears as if Pattinson is realizing what he walked into. The Twilight films were ridiculous, but he was a young, pretty boy actor who needed to get his foot in the door. In subsequent performances, he’s carved out a niche in independent, art house-type films with critical acclaim to match his heartthrob looks. He’s known, but for many he’s not instantly recognizable simply by saying his name. It’s sometimes necessary to refer to him as “the Twilight guy” to get a person who does not recognize the name to know who he is.

West was never going to be a headlining movie star and the belief that Batman damaged him is misplaced. The affable West accepted and enjoyed his lot in life with self-deprecating humor as the guy who did the TV version of Batman and enjoyed a late-life renaissance as Mayor Adam West on Family Guy.

Keaton has become a sought-after dramatic actor, accepting parts in ensemble films and character-driven background parts. He mocked the yoke an actor is forced to endure after being a superhero on film and was nominated for an Oscar in Birdman or (The Unexpected Virtue of Ignorance). He became part of the Marvel Universe as the Vulture in Spider-Man: Homecoming and is expected to be in upcoming Spider-Man films.

Clooney is also a worldwide celebrity and activist, alternating between big budget blockbusters like the Ocean’s franchise and high-end storytelling with Michael Clayton, Good Night and Good Luck and Syriana.

Bale is a respected actor and A-list movie star despite a reputation like Kilmer’s for being hard to handle on-set and is also set to re-enter the superhero realm for Marvel by playing the unknown villain in Thor: Love and Thunder.

Affleck is still a prominent director and actor despite personal issues with alcohol and gambling. Ironically, it was his immersion into the Batman role that was as close as an actor has come to showing the true dichotomy, psychosis and fascism of Bruce Wayne and Batman. His problem was the material Zack Snyder saddled him with was opaque and rife with symbolism that sabotaged his good work and essentially infected the entire DC Universe to the degree that a reboot with Pattinson was necessary to begin with.

If an actor starts out thinking he’s going to bring his own “take” to Batman and Bruce Wayne, he’ll be sorely mistaken, disappointed and disillusioned. Hypothetically, if he’s granted some level of freedom to explore the character, that does not eliminate the conventional presentation of the dual roles that the studio will be pressured to adhere to.

Batman is a job that no actor can turn down, but most who take it end up regretting it to some degree. Yes, it advances their fame and extends their appeal perhaps to people who have not been interested nor aware of their work, but the secondary cost is high. Pattinson is taking it seriously, but not seriously to the point of fanaticism, spending all day in the gym or using steroids and HGH to gain 80 pounds to look the part when looking the part generally requires nothing more than putting the suit on, speaking in a growling monotone, punching, kicking and throwing the Batarang.

A film featuring the youngest ever Batman required a younger actor and, judging from Kilmer’s comments about the role, that younger actor – Pattinson – is showing a wisdom that belies his years as he walks in showing signs of knowing what the others only learned on the way out.