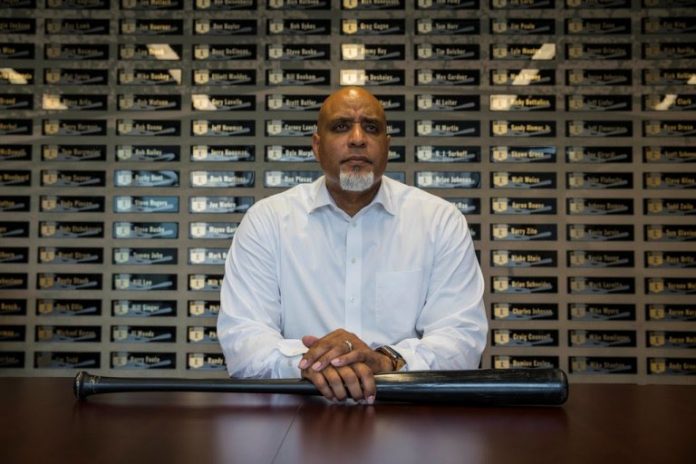 Going forward, every contract given to Major League Baseball players and athletes in general will either have a “pandemic clause” or the entire collective bargaining agreement will address the issue. Currently, however, MLB and the Players Association are at odds as to how a season would commence amid the ongoing COVID-19 epidemic.

Two basic factors that have been disputed and part of the factional, partisan disagreement as to when the national and state economies should reopen and what level of precautions to take are those of concern to MLB players: health and money. While the money athletes make is obviously mountainous compared to what even well-off everyday people do, who has the right to question their motives when they do what Blake Snell did and openly say he’s worried about his health and, more prominently, his finances?

Snell, Trevor Bauer, Sean Doolittle, Bryce Harper, Alex Wood and others have been more outspoken about the risk/reward of playing during the pandemic as negotiations proceed. Even if it is relatively under control – still in question – by the time the season gets underway at the planned date of around July 4, these fears are valid.

For retired players like Mark Teixeira to suggest that players should simply return to the field for less money and placate the fans despite the risks and potential long-term ramifications is disingenuous at best. The odds that he would have said the same thing if he was at a similar point in his career as Snell or Bauer are questionable. Teixeira always treated his career like a businessman and being a businessman requires taking emotions out of the equation to a large degree.

Ex-#Yankees 1B Mark Teixeira on ESPN today: “I would rather make pennies on the dollar and give hope to people and play baseball than not make anything and lose an entire year off their career.” https://t.co/iqg5uI15Br

A prorated salary is a reasonable concession. A well-founded sticking point from the player perspective is if their salaries are suddenly tied to revenue without knowing how that revenue will be calculated as the owners cry losses and poverty. Now the MLBPA is asking for financial documents for proof as part of the negotiations. It’s safe to say that the owners will treat the request like President Trump has with his tax returns, say they will be disclosed at a later date, and simply kick the request as far down the road as they can and hope it will be ignored with the groundswell for some form of play sufficient to get the players to back down on various demands and get on the field.

Given the personal investment in sports and the larger than life personas of athletes, it’s easy to forget that they are human beings with employment, financial, health and family concerns just like anyone else.

Hypothetically, let’s say Mookie Betts, JT Realmuto, Marcus Stroman, George Springer, Marcus Semien, Justin Turner and Bauer shake their heads and say it’s simply not worth it for them to take the field given their pending free agency and the risks involved.

Being called money hungry and selfish is a small price to pay when confronted with the medical concerns related to the illness. It’s important to add in the possibility that these players are sacrificing their opportunity to sell their services to the highest bidder and set themselves and their families up for life financially with the accompanying issues of bringing an illness home, being separated from their families and taking the chance of getting injured for a perfunctory half-season played at neutral sites or in empty home stadiums. Being close in proximity to other people who cannot be watched 24/7 and who are subject to periodic tests that are neither preventative of catching the illness nor will be effective in knowing where every player is and what he’s doing in between tests is one of many aspects to consider.

It turns into a “Why am I doing this?” endeavor.

COVID-19 aside, what if Betts blows out a knee a month before the season ends? What if Stroman tears an elbow ligament and needs Tommy John surgery?

These were considerations that they needed to accept as they played the full season prior to their first shot at free agency. Now, it’s a truncated season for a fraction of their salary with owners seeking to reduce their compensation further with the virtual certainty that they will use the pandemic as a justification to limit the free agent offers players receive in a “never let a crisis go to waste” type of ghostly, ephemeral collusion.

If Betts needs to “settle” for $280 million instead of $380 million, with opt-outs and other sweeteners, he can recoup that if (when) it’s business as usual. The same holds true for younger players in Betts’ age range who are heading for free agency. Turner, 36 in November, will not get another big contract. Would he be wrong to say he’s not risking it?

The pressure will be enormous, but no one can force the players to play in this situation whether there’s an agreement between the owners and MLBPA or not.

What may happen is that owners will try a similar tactic as they did in 1995 and brought replacement players in, except in 2020, the players won’t be scabs in the union sense. Nothing can stop them from compelling young players who are relatively early in their career and are seeking to establish themselves as big leaguers to get on the field with the unsaid threat of “we can just send you to the minors” or imply disfavor in the organization that will not be forgotten at contract time.

The owners are showing such signs of desperation to get the product back on the field – within palatable financial parameters – that it is reasonable to ask if they are truly worried about the health of employees beyond fear of workers’ compensation if the employees get ill or lawsuits if they die. With the fans clamoring for the diversion of baseball, the owners are taking a calculated gamble while trying to implement proposals they have long sought but were roundly rejected during every CBA negotiation. Is it believable that they want to play for the fans? To a degree, yes. Is it likelier that they are thinking about financial considerations in the present and future and taking as much advantage of the pandemic as they can? Of course.

The protocol for play is ever-changing and will predominately hinge on selling the concept – illusory or tangible – of safety. The owners stand to lose financially no matter the outcome. The players will be damaged in their wallets as well, but they are the ones who will take the field and need to risk illness in doing so. Getting beyond the money, the accolades, the fame and the benefits inherent with being a professional athlete, it’s still a job. For them, it’s a job that regardless of its lucrative nature, lasts a relatively short time. Not all of them make hundreds of millions of dollars and it can all be gone in an instant with many not having the ability to do anything else a quarter as well as they play baseball.

Is it worth it for them? And what level of strong arm tactics are the owners willing to use to get a product – not the product, but a product – on the field?

These are questions the MLBPA doesn’t just have the right to ask, but must ask for the protection of its members. This goes beyond money and benefits. It’s about their entire lives. The more pressure the owners exert, the wiser it is for them to protest and ask exactly what they’re getting in exchange for what they’re being asked to give up.