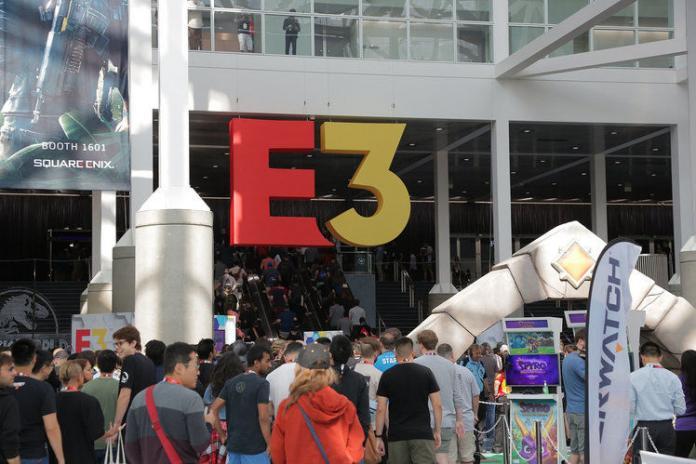 Shortly following my recent article looking at how Coronavirus has impacted the gaming industry, the ESA announced that for the first time in 25 years, E3 would be canceled. With the way that so many social events have been shut down in the past week, this is hardly surprising, but how is the video game industry reacting from the news one of the biggest shows of the year is canceled? The following are what we have heard from each company since E3’s cancellation (except Sony because we already knew they were not attending E3 and will probably have a State of Play around that time most likely).

E3 has always been an important moment for Team Xbox. Given this decision, this year we'll celebrate the next generation of gaming with the @Xbox community and all who love to play via an Xbox digital event. Details on timing and more in the coming weeks https://t.co/xckMKBPf9h

The easiest way for companies to still show off their upcoming games is through digital events. Microsoft, Ubisoft, and Devolver Digital have already confirmed they will be holding digital shows at some point, and even the ESA is saying they will hold a digital event to show off new games. Still, it’s not known what would be present during that show. Nintendo has not announced a Nintendo Direct or digital Treehouse like they usually hold at E3, but they will likely show a Direct.

An update regarding E3 2020. pic.twitter.com/cThkDIkfVm

The week of E3 has always been a big part of what we do and are genuinely bummed about the cancelation of the event itself.

Lots to juggle but right now we plan on having a livestream Devolver Direct / press conference and possibly more. pic.twitter.com/nGDAEsIzUs

Microsoft is set to release the Xbox Series X this holiday season (if no production delays happen), and Ubisoft has been gearing up for the next generation of consoles to launch. Seeing both companies get out in front and say they have plans to reveal what is coming is not surprising. Nintendo, on the other hand, has only stated their desire to be flexible with their projects. Their statement mentioned, “We’ll continue to be flexible and redirect our efforts to other ways of keeping our fans up to date about our activities and products. We are considering various ways to engage with our fans and will have more to share as the year continues.” It will be interesting to see if Nintendo does decide to change up its presentation style at all.

As reported by Jason Schreier, WB Games was set to hold their E3 press conference for the first time this year, but following the cancellation of the event, it is unknown if they will do a digital event or if they will partake in the ESA’s show. They were set to reveal new games in the Batman Arkham and Harry Potter series as well as show more Dying Light 2 footage. Also, on the list of publishers that we have no idea what they will do is Square Enix, Bethesda, and EA.

Square Enix promises its 2020 lineup and beyond to be “stronger than ever,” so one would think they want to generate hype for those games. They have held a digital show at E3 before, so there is potential for them to do their event, but they very well could leave most of their games to be shown at the Nintendo Direct, Xbox’s show, and the Sony State of Play around that time.

An important E3 2020 update from us pic.twitter.com/Ma23eWfHTM

EA is an interesting case. Starting in 2016, they moved away from E3, choosing instead to throw their event called EA Play. In 2019, they were already going away from presenting with a live conference and were moving towards a streaming presentation. With no E3 happening in Los Angeles at the same time as EA Play, it is tough to see EA doing a conference or event this year. They have not made any official plans, but it is not out of the realm of possibility to see them stream a digital event showing off the latest sports games under their umbrella.

Bethesda interestingly has not made any statements about their plans around what would have been E3 time this year. They were expected to host another live conference, but until they say anything about their plans, I can only guess that they may be included in the ESA’s digital show.

E3’s cancellation is going to have a significant impact on the future of gaming. While we do not know if this will affect the show’s status going forward, a lot of deals between smaller companies and publishers are going to be harder to get done. Between GDC and E3, those events were paramount for connections to be made and new exciting ideas to be brought to the table. All of the individual companies listed above will be fine because they have boatloads of money, but for the smaller teams, the immediate future could look scary.

The impact of a year without GDC and E3 in terms of projects unsigned and deals undone, is gonna last for years. It’s a largely invisible influence, but I don’t know of many devs above a certain budget level that this hasn’t had any effect on.

Mike Bithell is a Game Director and Writer for games like John Wick Hex, Thomas Was Alone, and more. His statement above perfectly nails how the future could be murky for indie developers and their fans. He is not alone in those statements.

While E3 is far less visited by indie devs than GDC is, especially so for international devs, this still means another opportunity for pitches, meetings, announcements, and opportunities gone.

Regardless of what happens throughout this year, I hope you all are safe and taking the proper precautions to keep those around you safe and healthy. E3 might not be happening as we know it, but our favorite companies are still going to reveal fascinating news and games for us throughout the summertime.