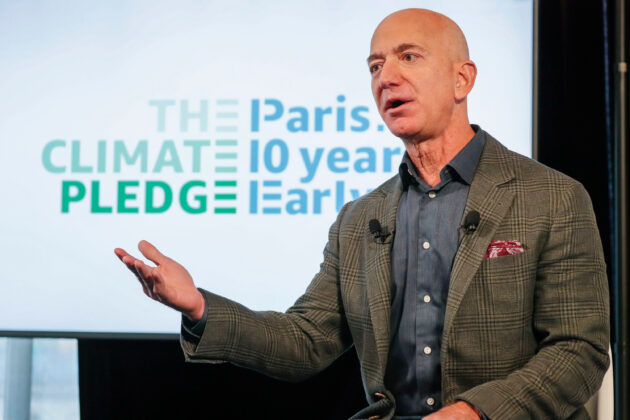 Jeff Bezos has stated in the past that he intentionally, and on a schedule, sells around 1 billion dollars worth of Amazon stock a year in order to fund other projects, such as Blue Origin, the space program. In the last year, however, he has garnered around $6 billion from stock sales. In August of 2019 he sold $2.8 billion worth of stock, and so far this week another $3.4 billion has been sold. This is much higher than his usual, and supposedly preferred, $1 billion a year. Is this money going to Blue Origin or some other Amazon holding? Neither Bezos nor Blue origin has made any comment, and speculation is wild.

More on the stock sales here

How wealthy is Jeff Bezos, really?

Is Bezos in a feud with a White House Economist?