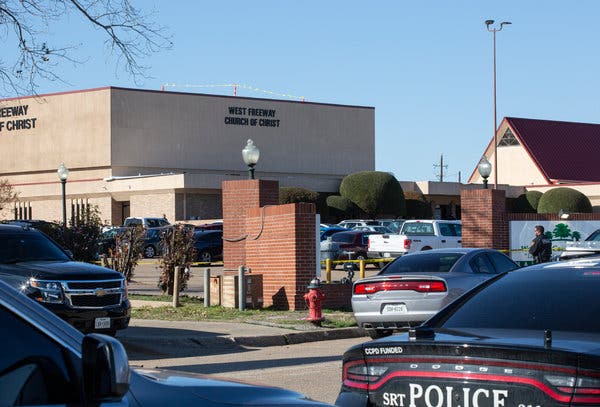 Sunday, December 29th, a man went into a Texas church and opened fire, killing a church member and one of the security team. The man, now identified as Keith Thomas Kinnunen, entered the church wearing a disguise, sat down for the noon service and then opened fire into the congregation with a shotgun. Two people have been confirmed dead in this attack, and Keith Kinnunen was shot and killed by one of the congregation.

Today statments have been made by his most recent ex-wife, they were married for 8 years, saying “We knew he was crazy, but not like this.”

More details on the shooter can be found here

Why are parishoners able to carry guns into church?

Texas Police are still searching for a motive

Gunman has multiple arrests on his record