Pokémon Sword and Shield are the first mainline games in the series available on a home console. Pokémon is right at home on the Nintendo Switch. Last year’s Let’s Go Pikachu and Eevee were decent games for casual fans, but people have been eagerly waiting for a chance to get that core Pokémon experience the franchise is famous for.

Pokémon Sword and Shield do a good job of delivering that classic gameplay with a few thoughtful revisions. It would have been nice to see them try some additional new things, but this still ends up being one of the best Pokémon games made yet.

For what feels like the first time in my life, Pokémon has some controversy surrounding it. The controversy stems from quality concerns and the lack of being able to transfer national Pokémon to your game. 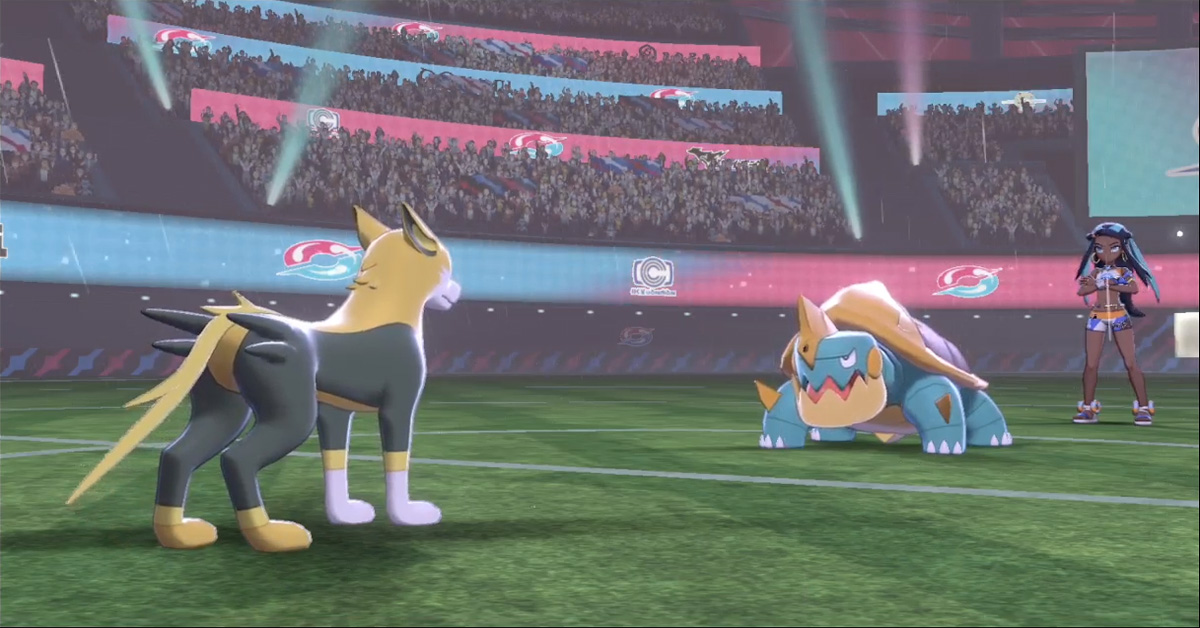 Starting with the national Pokémon issue first, I have personally never taken advantage of that function in the past. I always like going into Pokémon games to build up my team from that game. I acknowledge that this prevents people from playing with their favorite Pokémon from the past, but I think the new selection of monsters added to the game more than makes up for the missing feature. I constantly was finding new Pokémon I wanted to add to my party. There were always good choices in the wild that would better my team. The Galar Pokédex is filled with great choices that should keep you continually invested in changing your team out. It did for me, at least. 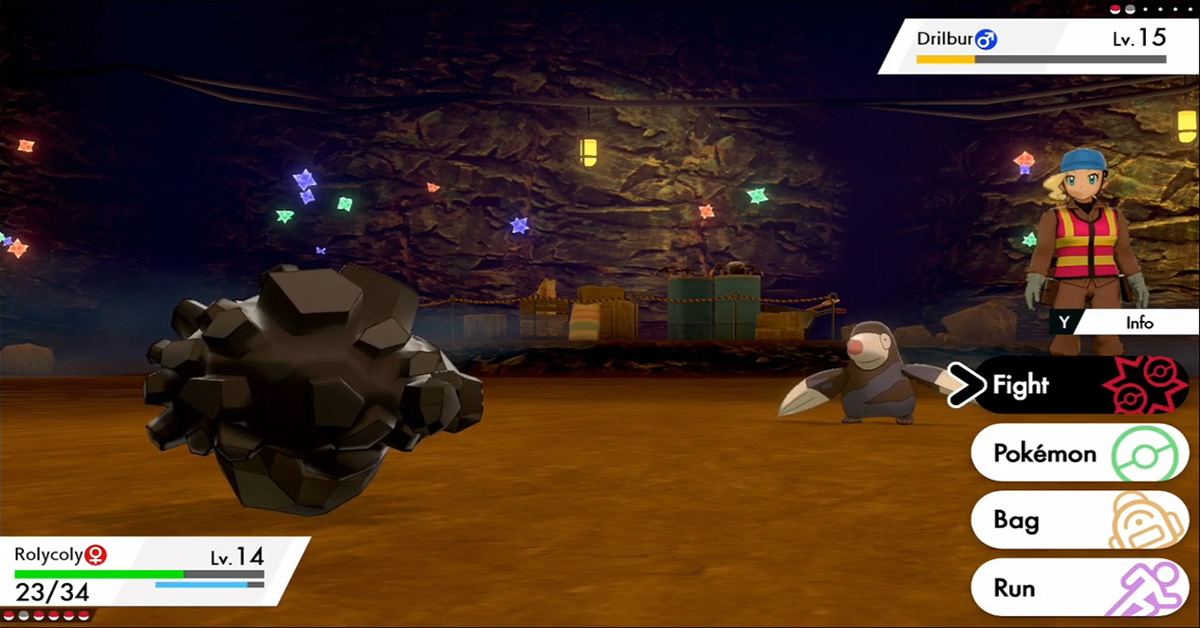 Now for the quality concerns. At E3 this year, one of the reasons given for the lack of national Pokémon was that Game Freak could not fit in all the updated designs and animations and have the game come out on time. Outraged fans have also pointed to graphics not being up to par and performance issues.

As for the designs and animations, I would have liked to see a step forward towards a definitive home console experience. Of course, the Switch is not the most powerful thing in the world, but the dev team could have spent more time at least making battles more cinematic. There are a few examples where they went above and beyond, but they’re far and in-between.

Graphically, the game looks like a Pokémon game. This is disappointing because Sword and Shield do not feel like they have left behind their mobile days in this way. I wonder how much effort it would take to get this game running on a 3DS. Don’t get me wrong, the games look fine. That is what is disappointing. Graphically, the 8th generation does not stand out from what came before it. However, the Galar region might be my favorite region yet. The England inspiration is very apparent, and I think they pulled off the look, and it feels brilliant.

People were looking for the first Pokémon games on a home console to take the series to new heights like Breath of the Wild did for Legend of Zelda, and it does not do that. While I do not agree with all the hate Game Freak has received lately, I do notice where they could have put more effort into making Sword and Shield stand out. As they are now, they are interchangeable with other Pokémon games from a design and performance standpoint. 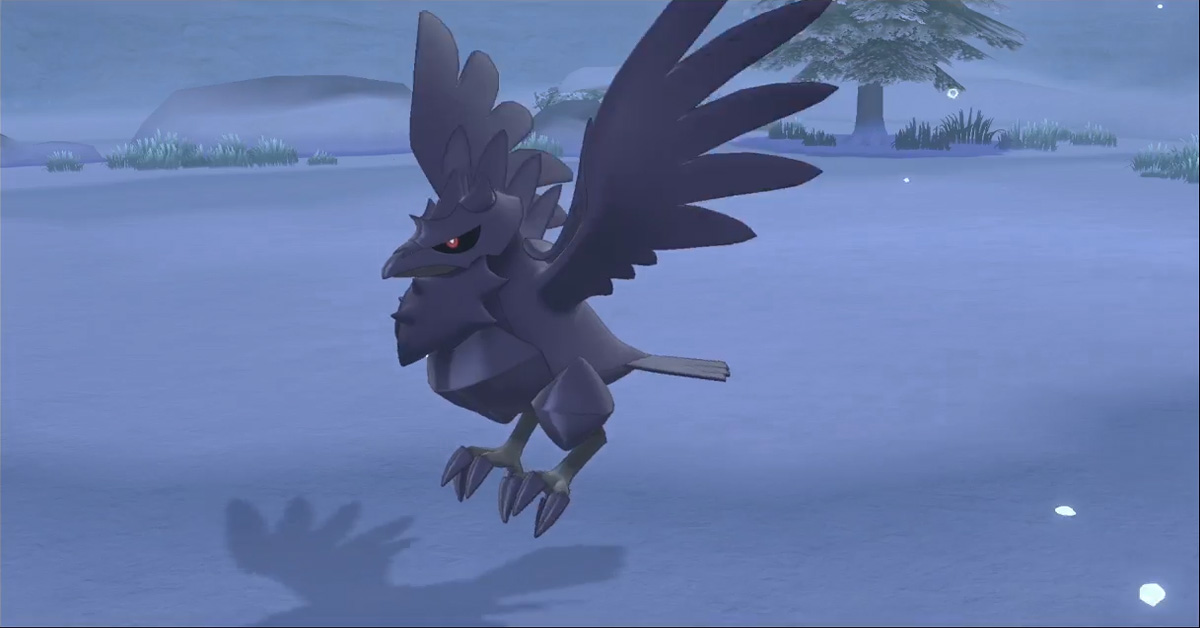 One of the best things the 8th generation of Pokémon has done is to make a streamlined experience of past annoyances in the series.

HMs once again are not in the game, which is still one of the best moves Game Freak ever made. You can also access your Box of stored Pokémon at any time, and pressing the “X” button in wild encounters will bring up your Pokéballs instantly. Sword and Shield have the best set-up for their controls and features.

Wild Pokémon have also never been handled better in the series. The best thing to come from Let’s Go Pikachu and Eevee was wild Pokémon appearing in the world. That returns here with a combination of wild encounters. When walking through tall grass, an exclamation point will pop up. If you decide you don’t want to have a random encounter, you can walk around it. If you do want the battle, just walk into it. It’s simple and works brilliantly for whatever mood you are in while not sacrificing the way the world feels better populated with Pokémon living in the world.

One of the things I enjoyed most is flying to towns doesn’t have an animation that pops up every time you do it. The game mentions that Corviknight taxi you around and the only indication of that is a short loading screen. Selecting a town to travel to in the past, and seeing the same scene countless times was always annoying. For having as many questions as they do above, Pokémon Sword and Shield are the best games in the series for traversing the world and stand above and beyond what came before them from that standpoint.

Big Pokémon are not too Interesting 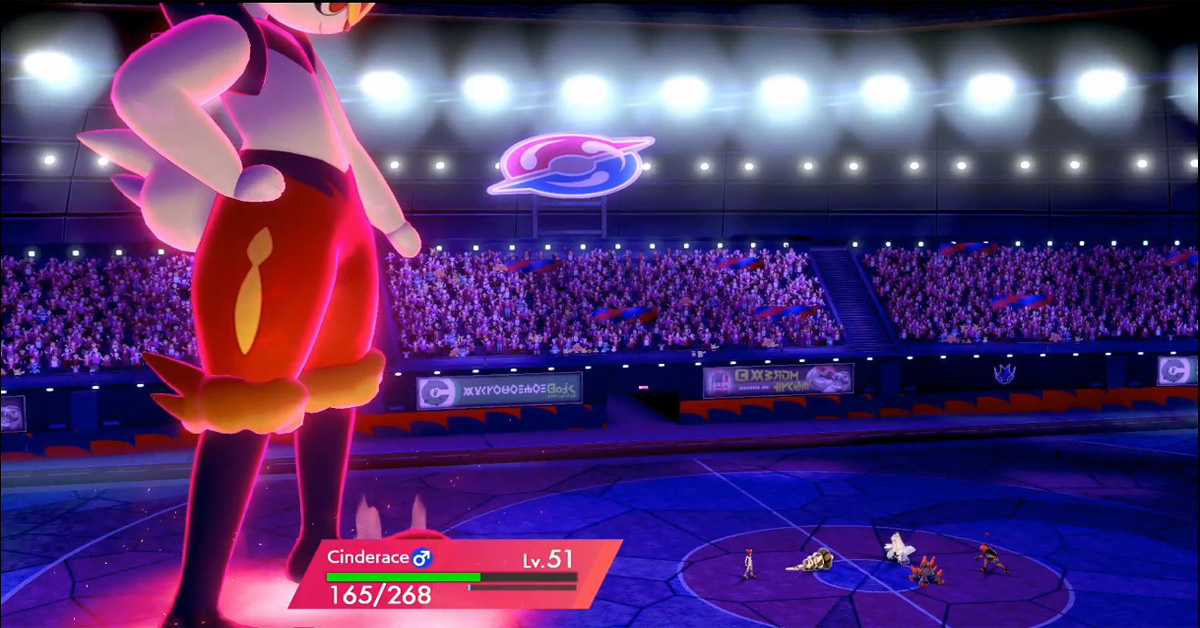 Finally, we can start talking about the new features of this generation of Pokémon. Dynamaxing is the process of turning your Pokémon into giant forms of themselves. Every Pokémon can be dynamaxed, but only once per battle and only for three turns. What it does is buff your Pokémon to be stronger and have new moves depending on the types of moves they currently know.

At first, these moves look awesome and are very powerful. After using them just a few times, though, you realize how limited dynamaxing is. There is one move for each type in the game, and they lose their luster quick. They are very powerful and influence the field or the stats of the Pokémon, but outside of that I struggle to find a way that Dynamax was a proper replacement for mega evolutions.

A select few Pokémon can change their design when they Dynamax. This is called Gigantamaxing. Outside of the design change, nothing is separate from another Pokémon going Dynamax. The same moves are used, and stat changes are the same. While it is cool seeing Pikachu’s original design come back for this function, it largely feels more like a gimmick than a feature to build a game off of.

As you travel throughout Galar, you will encounter many people talking about Dynamax as a part of the region’s culture. It is routinely hit over your head, and every gym battle features it, but at the end of the day, it does not feel special.

Galar, for the most part, is set up like past regions. It remains a linear experience as you travel north and progress through gyms on your way to becoming champion. What is different is a section mixed into the different towns called the Wild Area. This area is filled with Pokémon, Dynamax Raid battles, and other trainers if you are connected to the internet.

Raid battles have you team up with three others and battle a Dynamax Pokémon. If you can defeat the Pokémon before ten turns or it makes your team’s Pokémon faint four times you will be able to catch it. I do not believe it is possible to miss when you beat it.

I found the raid battles to be a lot of fun and helpful with building my party with powerful Pokémon. Unfortunately, Nintendo’s struggles with online play carry over here. It was difficult to find a full team to go into the battles every time. Either I was disconnected from the others, or I would go into battles with AI teammates. While it is nice having the game fill my team, too many times I had bad Pokémon AI to fight alongside me. For example, Wobbuffet is not a good raid Pokémon because it is a reactionary fighter. Jolteon, who is an electric type, being chosen to go up against a ground type Pokémon also leaves you at a stark disadvantage. Going into raid battles with AI seems to be a flip of the coin.

Wild Pokémon in the Wild Area 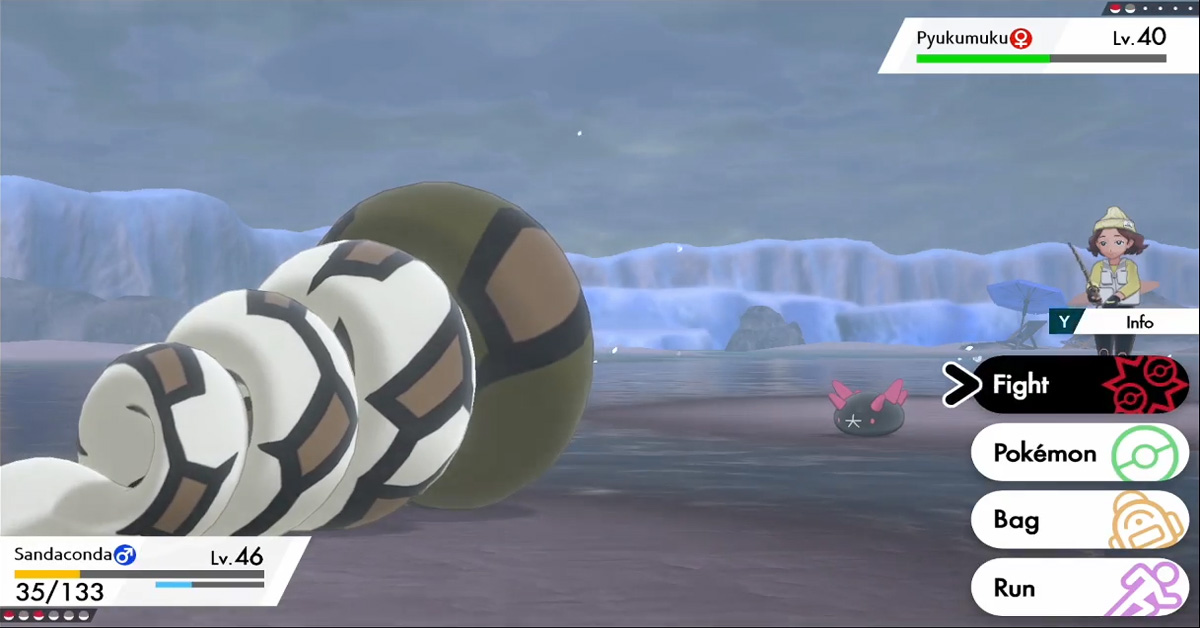 Outside of raids, Pokémon are everywhere in the wild area. The beautiful thing about these Pokémon is they will change out along with the weather. One moment you can find bug Pokémon in a certain area, and when you return later, something completely different could be in its place with a thunderstorm changing the battle itself. If you want to fill out your Pokédex, the wild area is the best spot to explore.

However, spending time in the wild area has limited reliability before you reach the endgame. As you progress, you will find powerful Pokémon in the wild area who are on main paths. They are removed from others in the grass to stand out. Until you have all of the badges, there will be Pokémon at a certain level you cannot catch. This inclusion is the worst update to the game. I would hit moments where a Pokémon I had on my team was a higher level than the one I was battling, and I couldn’t catch it. For example, my Cinderace was level 42 as I was fighting a level 40 Machoke. The game refused to let me catch it until I went and got the next badge. I understand them trying to hold off you catching overpowered Pokémon concerning your current gym level, but if my Pokémon are already surpassing that, you should allow me to catch it.

A Cakewalk Through Galar 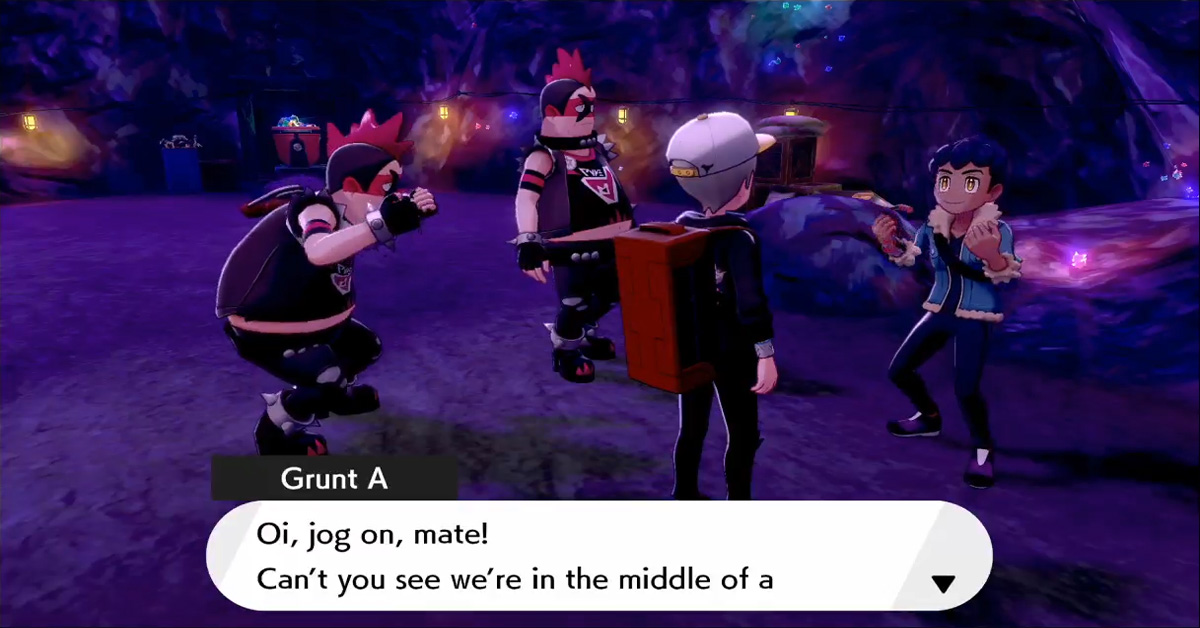 My final point I want to bring up here is synonymous with Pokémon anymore. Pokémon Sword and Shield are incredibly easy. Throughout my 25+ hours of game time, I did not lose one single battle and only got close to losing in the championship match and once in the endgame. I understand Pokémon is made for children first, so it will always be an easier experience, but I think the game could benefit from adding in a new difficulty mode. Something where opposing trainers have higher level Pokémon or damage is decreased. Too many times my battles came down to one hit KO’s.

In conclusion, Pokémon Sword and Shield do not stand out apart from other entries in the series, but still, deliver one of the best experiences yet in the franchise. If you can get by the early controversy from disgruntled fans, you will truly enjoy yourself. It is a Pokémon game on a home console that you can take anywhere. That novelty alone makes it worth purchasing. It fits perfectly on the Switch and is a must-buy for any Nintendo fan that is looking for that end of the year blockbuster game to spend their time on.