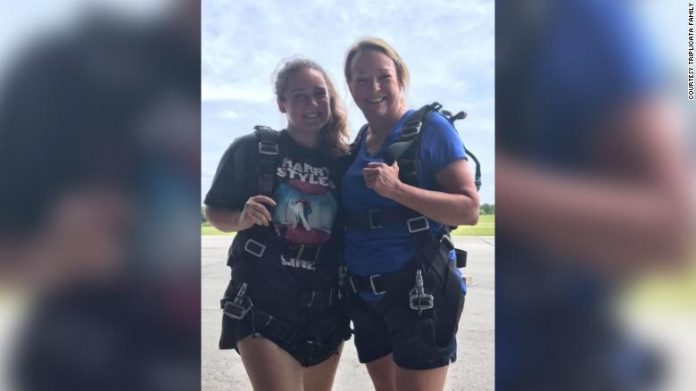 18 year old Jeanna Triplicata and her Grandma, Renee Sands, decided on the spur of the moment to go skydiving in Georgia. Her mom posted on Facebook today, “Tragically we lost our oldest daughter today.” Jeanna and the tandem instructor, Nick Esposito suffered a parachute malfunction and were killed during the dive. Jeanna had just graduated high school and her parents say that she was not a general “thrill seeker.” She wanted to become a High School English teacher. Nick, 35, who has been skydiving for almost 10 years leaves behind a wife. There is an ongoing investigation to determine the fault in the parachute malfunction.

Roads in Utah and Georgia can now talk to each other

Debate over masks gets heated between Georgia mayor and governor