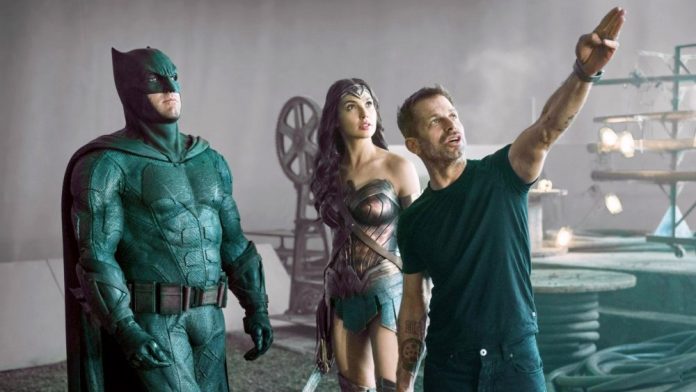 In The Kid Stays in the Picture, the documentary about producer Robert Evans, as the head of production for Paramount Pictures, Evans watched the screening of The Godfather with executives, hangers-on and director Francis Ford Coppola. The original cut was slightly over two hours. Afterward, Coppola was basking in the accolades of the executives telling him how stupendous the film was until Evans got him alone and told him the film was garbage. Evans ordered Coppola to reinsert a large chunk of what was left on the cutting room floor back into the movie. His final product was nearly three hours and is an all-time classic.

While The Godfather would have been a good film if it was released with the original cuts, it took Evans insisting that Coppola return the film to its original form and intent to spur its rise to a monument to filmmaking. The point is that there is often a disparity with what studio executives want, what the director planned and which version is apt to be more successful.

It’s certainly possible – though unlikely – that the so-called “Snyder cut” of director Zack Snyder’s original vision of Justice League will have a richness and depth of plot like The Godfather; that there were critical elements left on the cutting room floor in the interest of taking a lighter tone and creating a more fan-friendly experience than Snyder’s ponderous, Man of Steel and Batman v. Superman: Dawn of Justice (not to mention Watchmen).

Still, there was a borderline fanatical outcry for the Snyder cut to be released. Regardless of what’s in it and how it may explain away glaring issues with the film, the Snyder cut will be hard-pressed to overcome the problems that resulted in fans and actors in the film demanding it be released in the first place.

The social media outcry for the Snyder cut of the film has resulted in the agreement that the extended cut will be released in 2021 on the new HBO Max. In normal circumstances, this would appear to be a money grab. The film more than doubled its budget at the box office, but it was still a financial disappointment when factoring in the star power and that it was the long-awaited film version of a classic DC comic. Will this new version somehow make it less convoluted?

Regardless, there’s nothing to lose by showing the film. It won’t upend conventional beliefs because there are none. It won’t ruin a beloved film because it’s more tolerated than liked. If the studio can make a few more bucks with the extended version and Snyder can rebuild his tarnished reputation, hey, go for it. Throw Darkseid in there; show Hawkman, Green Lantern, Martian Manhunter and whomever else. What’s the difference?

Going in, do not think that this version will fix anything. Any rejuvenation of Justice League and other films in the DC Universe is comparable to waking the dead, except the outcome will be right out of Pet Sematary.

When Joss Weedon took over for Snyder after Snyder was forced to leave the production due to the tragic suicide of his daughter, DC took the criticism of the previous films seriously and tried to acquiesce to fit the narrative with public desires. This, however, was a mistake in the same context as letting Snyder’s vision and interference from executives muddle the entire storyline to begin with, albeit in a different way. Weedon nudged Justice League in the same direction as the Marvel Universe with a lighter tone and faster pace. But that’s not Snyder’s style. What resulted was a mishmash of Weedon doing a patchwork repair job with what was already there as he was hamstrung by what Snyder had cobbled together with the previous films serving as a jumping off point for Justice League. Nobody could do anything to spackle a job that really needed to be rebuilt while only retaining the positives like Gal Gadot as Wonder Woman.

There’s no doubt that there was a rush to get to the main course of Justice League and that hindered any attempt to create a foundation of characters where the formation of the Justice League was a natural progression and not a panic-stricken Frankenstein devoid of logic.

There’s no discussing Justice League without mentioning The Avengers. Comparisons between the DC Universe and Marvel Universe are rampant and generally uncontested in favor of Marvel. Even complex plot points from Marvel do not ruin the entire film if people have not seen all the previous films. Stuff will be missed, but the ride is enjoyable. With DC, the story is impossible to follow if one did not subject him or herself through the equivalent of an enhanced interrogation that is vast portions of the DCU. Enjoyable films like Wonder Woman are not worth sitting through Suicide Squad.

Whereas Marvel’s eventual formation of the Avengers – directed by Weedon – came about due to a threat that needed the combined strength of “Earth’s Mightiest Heroes,” there was no such escalation for the formation of the Justice League. The alien storyline and portals and heavenly figures and boxes and mystical weapons and whatever else are all inherent in most superhero stories that abandon the gritty noir realness that was in vogue in the Christopher Nolan Batman trilogy. Marvel presented in a way where it was relatively believable; DC did it in a way where these aliens just sort of arrived and then it was discovered that there were worlds beyond the tangible that could lead to human extinction, all out of nowhere with no buildup.

The story itself is secondary to what led to the story to begin with. Simply taking a vacuum to the cutting room floor and pasting it back together won’t fix that fundamental problem. For some films, the addition of scenes that were cut for time purposes, because of mandate from over the director’s head or because of a mistake can improve the film and perhaps turn it from a sloppy mess into a good or excellent film.

Should that be expected with Snyder? Does he get the leeway to think the film – confusing at best – will be fixed?

In a grudging defense of the Snyder cut, how much worse could his image be after he helmed the disastrous DCU with all the star power, the money, the characters, special effects available giving him the basis to create whatever he wanted and coming up with these results. It’s already giving him a major benefit of the doubt which he might not deserve to say that the studio itself bears a large portion of the blame for its meddling, but the Snyder cut is liable to prove the same criticisms that Snyder justifiably endured after Watchmen will be repeated.

There is justification to make a film or to release a new version of it due to fan demand. Based on that, why not release it?

As the future of the DCU is mapped out, the actors are increasingly shielded from negativity for their work. Henry Cavill was an excellent Superman, but that was buried due to the films’ mediocrity. He is rumored to be reprising his role as Superman in an unspecified film. Ben Affleck is completely done with playing Batman, but he was polarizing from the start despite arguably giving one of the best and most nuanced portrayals of Batman/Bruce Wayne of all the actors who have donned the cape and cowl. Gadot is still Wonder Woman.

If the DCU is salvageable, it isn’t because of the Snyder cut of Justice League. It’s because Snyder’s presentation was so messy that they’re squeezing whatever they can from it, picking and choosing what’s usable and moving forward. Expecting anything more than that is like looking toward the sky hoping to see a UFO. It’s possible; it might be real; but those who see it are usually conspiracy theorists, zealots and cranks and they might be just as bad as the financiers who have no interest in comic books and treat the fans like idiots who’ll pay money to see anything and not complain about it.