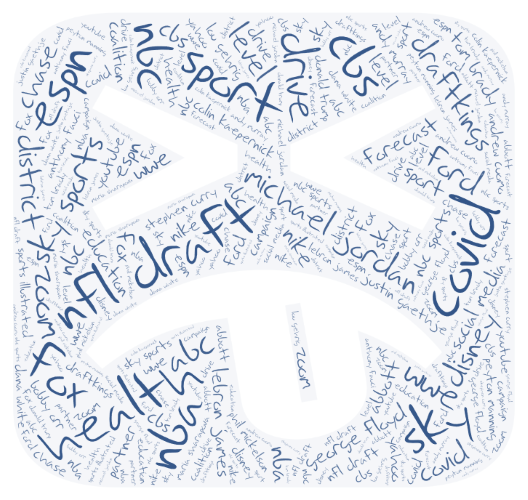 If COVID-19 has done nothing else positive in terms of how it has essentially shut down sports, it has truly shown how sports reporters are not really reporters in the classic sense but gossips who rely on whispers from insiders before writing what they’ve “learned.”

This is not a hit piece against individuals, but a rebuke of the supposed journalists who are covering sports. Specifically Major League Baseball amid its ongoing dispute regarding the proposed parameters of a 2020 season.

How many more stories will be released regarding player pay, number of games, structure of playoffs, where the games will be played, rules of play, protections in case there is an industry-wide breakout of coronavirus and anything else related to attempts to start the season? And how many have proven to be accurate in the fluctuating reality currently in place?

Journalism has changed substantively from what it once was when pitching expansive stories to editors, working the phones, running from one place to another, digging through records, and cultivating – even coercing – sources was critical to unearthing the necessary information to learn the truth. Its changes are not for the better. It’s easier to use; easier to access; it comes out quicker, but that does not necessarily make it good.

Social media and the rush to get a story “first” whether the information within that story is accurate or not has not only watered down journalism, but degraded it. Pointing out every example of reporting that has been retrospectively wrong would take 10,000 words. Just this week, however, Jon Heyman essentially said that the agreement between players and owners was imminent with the following tweet:

Breaking: MLB and players union are closing in on an agreement to play the 2020 season, via players. Deal expected to be for prorated pay and include expanded playoffs.

That was met with other supposed insiders saying no deal was imminent and that owners and players were not on the same page, again.

Was this intentional? It’s not a conspiracy theory to say it might have been. Or it might be ineptitude and clinging to the objective of angering no one and maintaining a level of communication to make it easier to put forth the charade of breaking stories when the stories “broken” are crafted as the sources want it to be crafted.

There’s a difference between researching a story and getting it wrong and being told information that is clearly premature or likely to be wrong and running with it anyway to adhere to the mutual interests of the reporter and source.

Nick Francona, who has been out front with consternation at owner behavior and media complicity, tweeted the following:

The incompetence is astounding.

Given the current political climate, such previous scandals as Watergate are referenced in nostalgic terms not because it led to the downfall of a corrupt president and his henchmen, but because people with legitimate knowledge commented on it with a foundation for their perspective. This is true if they supported President Richard M. Nixon or not. There wasn’t an endless stream of propaganda and ignorant support from either side based on nothing more than partisanship. That’s what has happened with social media and it has infected true journalists from doing their jobs even if they want to because their corporate heads focus on profit over truth. If that means blatant sleight of hand, it’s the price of doing business. That it’s costing news entities their integrity and depriving readers of an accurate and aboveboard report as to what’s happening is irrelevant.

Sports reporting and reporting in general is too often based on how much web traffic the links will get. The titles reflect attempts to accrue clicks independent of the person clicking on the link intending to read or having the ability to comprehend the story itself. The reaction is the key. If it goes viral and people discuss it even if they scoff – without knowing what it says – it’s serving the purposes of the entity.

When was the last time there were objective, journalistic stories about sports? It has happened with Lance Armstrong, BALCO, the myriad improprieties of the New England Patriots, and FIFA corruption. Still, the daily routine is one of whispers, leaks, rumors, explanations, vacillations, self-interest and filling one another’s needs.

Often, the breaking of scandals only happens after years of speculation, a whistleblower or evidence so clear that there’s no choice but to investigate it.

The stories listed above surfaced after years and years of enabling when members of the media knew that athletes were using performance-enhancing drugs and, rather than publish what they knew or search for evidence for what they suspected, preferred to create preposterous “feel good” stories about Armstrong’s recovery from cancer and rise to the pinnacle of his profession; to join fans in “oohing” and “ahhing” at the exploits of Mark McGwire, Sammy Sosa and Barry Bonds; to laud the genius of the Patriots without considering that they might be bending or outright breaking the rules; to give the public what it wanted in validating the performance instead of uncovering how they were capable of achieving what no one had previously achieved.

Think about the concept of leaks to begin with. Today, there is no “Deep Throat” and an insider giving information to reporters that should not be given and is doing so under the cover of secrecy and anonymity. The job has evolved (or declined) into agenda-based quid pro quo from both sides. Any reporter who betrays the understanding between source and endgame will no longer get such easy information leaving him or her out and making it impossible to fulfill the job description as it currently stands.

The relationship is supposed to be adversarial. Unfortunately, it’s not and it harms independence, accountability and oversight.

This is evident in the “reporting” about the negotiations between MLB itself and the MLB Players Association.

The term “MLB Insider” should now be taken literally. It speaks to the utter clumsiness of the likes of Joel Sherman that he gets inside information from people who whisper it to him because they want it out there and he still manages to get it wrong. He’d have a better win-loss record in his stories if he simply guessed and hoped he was right. As bad as Sherman is at times, he’s not alone.

Writing stories based on search engines, trending topics on Twitter and what is more likely to be shared on Facebook is not journalism in the truest sense of the word. It’s selling a product. With MLB reporting, it is increasingly an empty product churned out in factories using labor that adheres to its operating procedure without deviating from it to repeat the same thing, over and over. That may be a positive to suit their ends, but it’s a negative to the fans who are pawns in the game that will continue to be played regardless of whether the actual game of baseball is not.