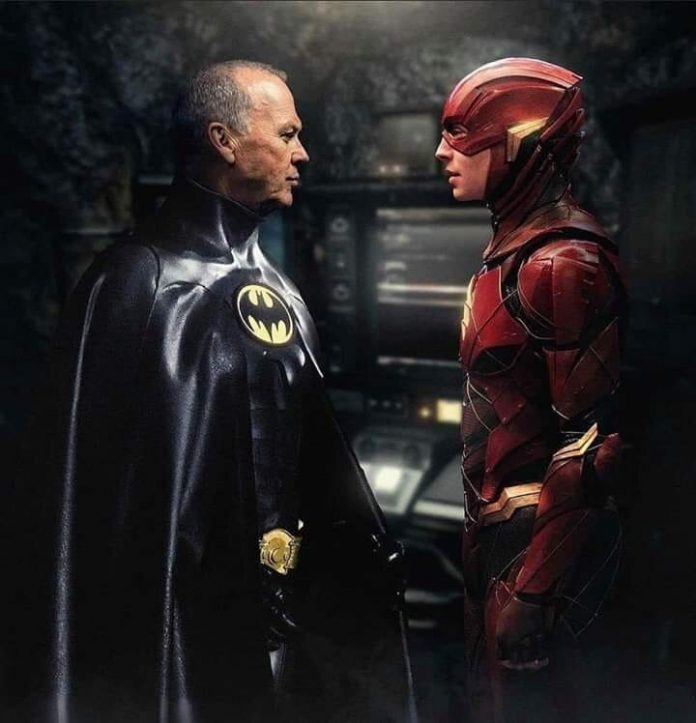 The stunned reaction to the news that Michael Keaton was in talks to reprise his role as Batman in The Flash was greeted with almost – but not quite – the same level of shock minus the horror when he was given the part by Tim Burton in the first place, more than 30 years ago.

Multiple outlets have reported that Keaton is set to return to the costume that launched him to the A+ list of movie actors, made him a global star and haunted him for years.

For many actors, such a move so long after the initial burst of stardom and longtime uncertainty and regret would be little more than attempt to regain lost relevance. Keaton, however, has achieved just about everything any actor could want. He’s well-liked by fans and critics alike; he was in blockbusters; he was in small, artsy films; and he has become a respected character actor after shunning the Hollywood headliner position exemplified when the film poster changes from “MICHAEL KEATON IS…” at the top to “and Michael Keaton as…” at the bottom.

To culminate the transition, he won a Golden Globe and was nominated for an Academy Award and other prizes for his lead role in Birdman or (The Unexpected Virtue of Ignorance), which was a blatant final attempt to once and for all reconcile with his Batman experience. He even returned to the superhero genre as the villainous Vulture in Spider-Man: Homecoming.

Perhaps Birdman was cathartic in that he was finally able to express on film the negatives accompanying stardom from a comic book movie, let go of the love-hate relationship he had with the Batman character and could consider donning the cape and cowl as DC rebuilds its franchise.

Time has clearly healed the wounds. When he backed out of the third installment of Batman, he seemed relieved. He sought a then-preposterous amount of money ($15 million), was ambivalent about moving forward after Tim Burton left the franchise, and in reading between the lines from statements and interviews, did not want his career defined by that one gig.

His passive aggressive comments about playing Batman are exemplified in the clip below.

He put on a happy face and promoted the film while jokingly(?) complaining about the suit. As every actor has discovered, the dream of being cast as Batman can quickly descend into a nightmare with the performance secondary or outright ignored in the context of the suit, the special effects and the pyrotechnics. Christopher Nolan’s Batman trilogy moved away from that and created a nuance and noir reality that provided Christian Bale greater freedom to inhabit the role rather than the suit.

The dual-edged sword of the fame, fortune and worship has vexed those who took these franchises seriously. Burton only lasted two films, as did Keaton; Val Kilmer lasted one as Keaton’s replacement. Nolan lamented how the amount of work he put into the three Batman projects elicited critical acclaim and discussion about the moral and ethical quandaries, but was greeted with a large segment of fans and critics who discarded his movies immediately after seeing them and demanded to know who would be the villain in the next one as if he’d just completed a pulpy piece of trash that was filmed guerilla-style over the course of four days. The work is secondary to instant gratification. It saps the joy out of of it.

This complication flummoxes actors who see what they are doing as art but still want to make money. Few can do both. Keaton transitioned from Batman and spent the past three decades forging his second career like Clint Eastwood’s Will Munny in Unforgiven where he compromised out of necessity, succeeded and accrued the seed money for his family by fulfilling a series of contract killings in the Wild West, then started a dry goods business in San Francisco, where he prospered.

Established and respected, Keaton can return to Batman with no fear of it damaging what he has built. There is still little known about The Flash other than it had numerous rewrites and directors and that Ezra Miller will play the title character. DC is in the process of restructuring its franchise after the disappointing Zack Snyder-helmed series of films were a general miss with critics and audiences alike. Rather than trash the whole thing, gut it and start from scratch, many of the actors who want to return are getting the opportunity to do so. Gal Gadot, Henry Cavill, Margot Robbie, Miller – they’re still playing their characters as the realization set in that the problems with the films were not actor-related. Ben Affleck chose to move on from being Batman, but that was due more to his personal issues than the inherent challenges with the character.

Burton’s version of Batman with Keaton epitomizing the duality was a drastic turn from the campy Batman of Adam West. It was a departure for Keaton who, before then, was viewed primarily as a comedic actor. The selection of Keaton was in line with Burton’s quirky sensibilities and personal vision that diverges from conventional wisdom. When he was gone, the studio and production staff went back to the “handsome playboy” model with Kilmer and George Clooney. Whereas Burton was aggressive and innovative, the new creative team played it safe and hewed close to what fans expected. Had Burton done that, Keaton would have been laughed at for the mere mentioning of his name as a possibility to play Batman.

He was laughed at, mocked and subjected to rage from hard core fans who clung to their vision of a darker Batman and saw it being sabotaged before it got started.

Instead, there’s a sense of nostalgia and admiration for his subtle performance as he and Burton ushered in a renaissance of the genre from what it was to what it could be. Even if the part in The Flash is minor, there’s an underlying sense of acceptance from the actor that took years to achieve. He fought against being typecast for so long that at age 69 and with a filmography befitting the actor he strove to be, he can go back to being Batman with none of the baggage he tried so desperately to shed.