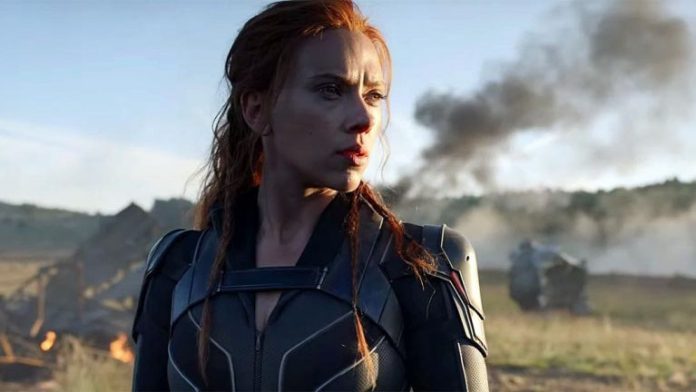 For obvious reasons, big budget feature films have had their schedules and plans roiled by COVID-19. Studios seeking to maximize profit while serving the interests of the audience are figuring it out as they go along, understandably uncertain of what the “right” thing is, if there is such a thing.

For Marvel, the stakes are higher than normal as they enter the crucial Phase 4 of their cinematic universe. Despite the financial and critical success, the achievements culminating in Avengers: Endgame are not appreciated as much as they should be. When comparing what Marvel Studios accomplished relative to the relentless series of missteps from DC, it becomes clearer. DC is flailing, trying to salvage what it can from its misguided and rushed attempts to create a universe like Marvel’s after the egregious mistake of entrusting that endeavor to Zack Snyder and his predilection toward opaque symbolism and cinematographic beauty.

Of course, that required flexibility on Marvel’s part along with the willingness to tweak origin storylines from what Stan Lee and Jack Kirby initially created in the 1960s. Even if that grated on the nerves of the fans who react like the Trekkers in the classic William Shatner-hosted episode of Saturday Night Live and need to be put in their place:

Marvel started with Iron Man because that was one of the few characters the studios had the rights to. Turning Tony Stark and Natasha Romanoff – the Black Widow – into fundamental components of the entire Marvel Universe took innovation, creativity and guts. Given the performances from Robert Downey Jr. and Scarlett Johansson and how they became indispensable in every conceivable aspect, it’s easy to forget that the characters as they were portrayed in the comics – while important – were never marquee. They are now.

Even before COVID-19 threw the plans for Phase 4 into turmoil, Marvel had a planned respite from the seemingly endless rollout of content.

Black Widow is a surprisingly key film for Marvel considering it was made through the insistence of Johansson and is another of the studio’s films from the Marvel Cinematic Universe that is only necessary in the sense that they’re advancing the major storyline with a seemingly needless film and to provide content in the interim between the major blockbusters. Like Ant-Man and the Wasp and Captain Marvel, it is a means to an end with minute details and an importance that will only be ascertained later with the hard-core comic fans noticing them as they happen.

This is a strategy straight out of comics. Crossovers moved forward in different books. With that, to keep track of exactly what was happening or to complete a collection of that specific plot, fans were required to buy comics they otherwise did not regularly buy. If, for example, there was an Avengers story that bled over into the Fantastic Four and a person did not buy FF comics, they were far likelier to buy the comic linked to that narrative.

Black Widow could easily be categorized as a “did we really need this?” film. Judging from the trailer, it looks like they made sure there was action and a series of interesting characters to push the entire Marvel Cinematic Universe forward to kick off Phase 4. Inevitably, some of those characters will be critical moving forward.

The break between Marvel films has reached a year. Black Widow was shifted to Nov. 6 and The Eternals to Feb. 12, 2021. The schedule then includes Shang-Chi and the Legend of the Ten Rings, Doctor Strange in the Multiverse of Madness, Thor: Love and Thunder, Black Panther 2, Captain Marvel 2 and Spider-Man 3. The Disney+ series of programs including WandaVision, Loki and Hawkeye will also be ancillary parts of Phase 4.

Phase 4 pushes background characters to the foreground in a bigger and more critical way than the likes of Ant-Man, Captain Marvel and Doctor Strange. And it all starts with one of the suddenly key characters and a charter member of the Avengers, Black Widow.

Marvel slowly introduced the film versions of the characters, created a storyline and a threat that could only be solved by the individuals coming together as a unit – manipulated by Col. Nick Fury though they were – and achieved its ends rising in a crescendo of films until it reached Avengers: Endgame, literally and figuratively.

The foundation for Phase 4 is in place and the studio has wiggle room because of the goodwill it engendered by caring so deeply about creating quality, fan-friendly films that were modern and adhered to the spirit in which the characters were created.

As the jumping off point, if Black Widow does not meet expectations, the result will be vastly different than it would have been had Iron Man and The Hulk been viewed as mediocre and uninteresting as Man of Steel, Suicide Squad and Batman v. Superman: Dawn of Justice were to the point that even avid fans of DC shrugged at the subsequent films, especially Justice League. What should have been DC’s crown jewel was a disappointment and was the catalyst to a fractured reboot.

It certainly helped Marvel that it was starting off relatively small whereas DC started with Superman and somehow left fans shrugging. It was difficult to screw up and Snyder and DC still managed to screw up so it essentially scrapped the franchise for a series of one-offs and reliance on the films – like Wonder Woman – that worked.

In Phase 4 are characters that nouveau Marvel fans (hardcore comics geeks might call them “tourists” with an eye roll) are likely to be unfamiliar with. For other franchises or would-be franchises, a year-and-a-half break between films from Endgame to Black Widow could be disastrous. With Marvel, it is a welcome respite as the content had become overwhelming and the market saturated. This will spark renewed interest.

Marvel has been mum about Phase 5. The key components are comparable to when Marvel went into overdrive with The Avengers as it prepares to incorporate The Fantastic Four and X-Men into Marvel. The two previous incarnations of Fantastic Four were mediocre and then disastrous. Fans have been clamoring for Marvel’s writers to get their hands on it to make it right. X-Men had a successful run for Fox, but with Hugh Jackman retiring from his role as Wolverine and the eminently forgettable X-Men: Dark Phoenix being a critical and box office disappointment, it was a fitting end to the series not because it was a good film – it wasn’t – but because it made it easier for fans to let the characters go and prepare to move on with Marvel taking charge of them and changing them. As an example of how Marvel plans to help fans forget about the Patrick Stewart-Hugh Jackman-Ian McKellan versions of the characters, Denzel Washington was floated as a potential Magneto in the rumor mill.

The transition is imperative and the subdued period of limbo with little Marvel content until Black Widow is released will be a boon until it ramps up again. Because Marvel has taken such great care in its crafting of these tales, it can adapt in ways that others – notoriously DC – could not.