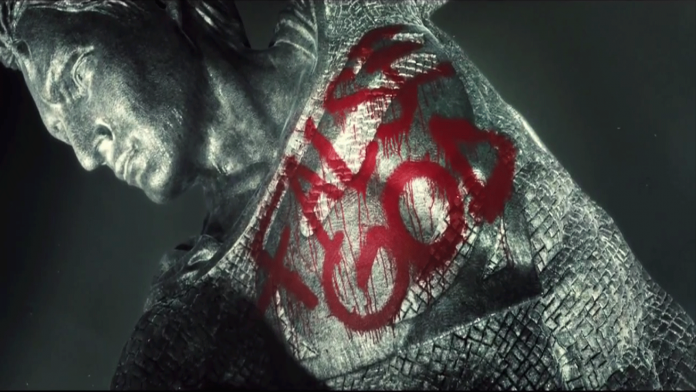 One of the most entrenched characters, not just in pop culture but in culture in general is Superman. Since the character’s inception in 1938, the comic Superman made his debut in, Action Comics number 1, has become the consensus most valuable comic book in the world. The characterizations of the character have proceeded endlessly with little deviation from the basics of a humanoid, alien do-gooder whose sense of right and wrong falls conveniently in line with the American concept of government and justice.

Despite the character remaining largely unchanged, the actors who have played him onscreen have experienced a variety of problems in their careers and personal life. Much of it – according to them – due to the role itself and the pressure therein. This again came to light as Superman Returns star Brandon Routh made news recently by expressing the personal and career challenges he encountered after playing the title role in the 2006 film.

The reviews were good; the film was well-received by fans; it made money – but the sequel was shelved. Routh, expecting it to be a jumping off point for his career, descended not into the familiar Hollywood tale of substance abuse and overt self-destruction, but a more isolated addiction to World of Warcraft and a darkened personality in which he was not nice to people.

It’s Sesame Street compared to a Charlie Sheen-level downward spiral, but it sheds light onto the difficulty of the role and how fleeting the public’s reaction to any film involving that character can be. Even in the context of the supposed “Superman Curse” that, if believed, doomed 1950s TV Superman George Reeves and the man who epitomized the character being brought to life, Christopher Reeve, Routh’s fall was muted.

Since Superman Returns is back in the public’s attention, with the growing movement to create more “realistic” superhero films with Joker and the upcoming The Batman, there is bewilderment and debate in just how to handle the star at the center of the DC Universe: Superman.

The film itself evolved from the complex machinations of Hollywood, comics and property rights. The story was neatly encapsulated in the engaging film by the late Jon Schnepp, The Death of “Superman Lives”: What Happened? documenting the idea that originated with a Kevin Smith script, starred Nicolas Cage as the title character, was radically changed as it bounced around – keeping Cage – when Tim Burton came onboard to direct, and ultimately died off after the studio grew skittish from the risk of a negative reaction to a radically different take on the character.

The result was Routh and a direct sequel to Reeve in which Superman had left Earth and suddenly resurfaced. Hence the literal title detailing the basic plot of the Superman everyone recognized returning.

With Burton and Cage’s take, the chance of a polarizing response was higher. Either it would have hit as big as Burton’s Batman did or it would be an utter disaster, leaving fans enraged.

It was almost like there were a series of boxes that needed to be checked:

Given the time, the potential dangers of a darker Superman and the need to recoup the exorbitant cost of the film, it’s entirely understandable that they took the safe route.

What the hard-edged, more creative films with ambiguous narratives have in common is the sense of desperation due to the sunnier or interconnected versions’ failure and that there were no alternatives but to do something different. Joker and the early buzz about The Batman are indicative of this.

The story of how Superman Lives came undone is likely far more interesting than Superman Lives itself would have been, showing exactly how labyrinth-like the attempt was and that it is borderline miraculous that the film was nearly made in the first place.

Categorizing the actors who played the role and how it is viewed as negatively impacting their lives is a spindly tendril at best.

Reeves was a 1950s’ character actor who reluctantly took the role. The heroic protector of “truth, justice and the American way” was a direct response to the communist threat during the height of the Cold War. As his career cratered due to being typecast as Superman, Reeves committed suicide. There are, of course, conspiracy theories as to whether he really did commit suicide.

Ironically, the last onscreen Batman, Ben Affleck, played Reeves who played Superman in the underrated but flawed Hollywoodland – a 1950s period piece that put forth several versions of the Reeves suicide or murder with a fictional private investigator as the principal protagonist.

You need a Venn diagram to keep track of all this and it’s still not as hard to follow as Zack Snyder’s misguided attempt at guiding the DC Universe.

For Reeve, despite his untimely end after being paralyzed in an equestrian accident and dying nine years later from the complications, he was never typecast as Superman. He had a noteworthy career on stage and screen in a variety of roles, light and dark.

The last Superman from Man of Steel, Batman v Superman: Dawn of Justice and Justice League, Henry Cavill, has a career that is moving along relatively smoothly.

This goes beyond the “look” of Superman and delves into the realities of Hollywood where Reeves and Routh were pedestrian actors who simply had the appearance to pull off playing the character. It is not a blight on their careers that the one big role they landed is what they’re known for and nothing much happened for them in the aftermath.

Every Superman has started with a classically handsome actor. The unusual look of Cage – quirky with an underlying edge of menace – was a giant step away from that blueprint.

The character has been largely unchanged during its entire television and film life. Unlike Batman, who has had multiple incarnations and is now known as dark and brooding due to the way he has been written in the 30 years since Burton’s vision came to life, taking Superman and casting him differently with Cage, by using a black actor (or actress), and turning it completely on its head would unleash too great a public outcry for the studio to spend the money to chance it.

Whereas the Cage portrayal involved an alien who was a savior to the world with a deteriorating mental state that hastened his physical decline and fatal loss to Doomsday, the way to fix Superman to succeed in the current climate does not need to be so extreme. Simply removing the tether in which good and evil is black and white could be enough.

The mistake in decrying the Cavill Superman – just like the Affleck Batman – is blaming the actors for doing their jobs with what they were given. Zack Snyder’s stewardship of the DC Universe might not have been disastrous in a financial sense, but it favored style over substance with rushed storylines heavy on symbolism too complex for most audiences to grasp or to be interested enough to keep track.

The character from 1938 has not evolved in a significant way, if at all. There is obvious fear in doing so. Still, how many people would rush out and wait in line to see a rehash of Superman in which he fights Luthor to stop him from holding the planet hostage no matter how updated or “different” the screenwriters tried to make it?

The Joaquin Phoenix Joker is a product of his environment with mental illness and social decay turning him into a murdering monster and icon for the plight of the faceless majority.

The Robert Pattinson Batman is in the nascent point of his crime fighting career when his evolution can go in different directions as he navigates his trauma and psychosis.

None of that matters. What matters now is that the character has had every single ounce of what it was squeezed from it until there is no juice remaining and all that remains is a withering skin.

The unwarranted adherence to a “tried and tested” formula that has been tried and tested so many times that it no longer works should be abandoned for something fresh. The fear of so drastic a step is irrelevant because fans just don’t care anymore and are expecting nothing. It’s then that something interesting and unique can truly develop and usher in a new era for that iconic character whose original template is eight decades old and needs to be retired for good for it to be reborn and live.