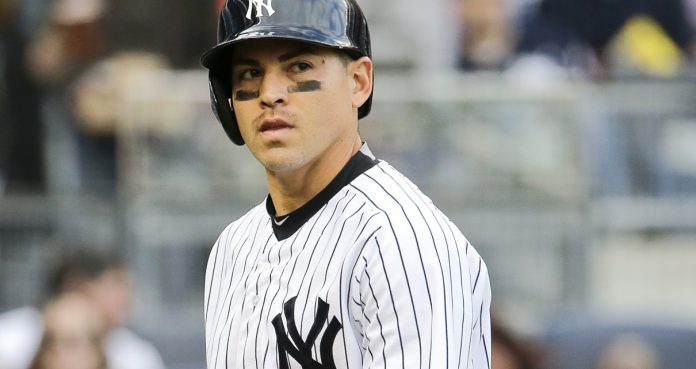 When the New York Yankees signed Jacoby Ellsbury to a 7-year, $153 million contract, there were few lingering debates as to whether it was a good signing. The overwhelming consensus from analysts and bloggers – even those with a Yankee-centric tilt – was that of an immediately sunk cost before he played a game in pinstripes.

Ellsbury never seemed comfortable with the scrutiny of ostensibly replacing Robinson Cano on the Yankees roster, did not have the personality for New York, and his injury woes with the Boston Red Sox grew worse when he became a Yankee. Those injuries and a lack of performance made him, at best, a forgotten joke within the Yankees universe. Now, as the Yankees have finally capitulated to reality and released him, there is a dispute as to whether the club is obligated to pay the remainder of his contract for $26 million.

Based on Ellsbury receiving treatment from a doctor outside the Yankees’ umbrella and his subsequent inability to play due to injuries up and down his body, this is not about whether the Yankees or Ellsbury are “right” in their perspectives regarding his contract. Contractual fine print should be left to those who have seen the agreement and have the legal background to understand its clauses and ramifications for various acts and transgressions.

What is relevant here is how predictable the outcome of the Ellsbury-Yankees union was and that the team is sending a message to other players about falling in line regarding medical treatment. Injury-prone players with humongous contracts like Giancarlo Stanton might want to take note as the deal the club absorbed from the Miami Marlins to get him is clearly hamstringing them from making necessary additions.

As much as the Yankees deny it, the signing of Ellsbury went beyond a baseball decision and was designed to distract from the pending loss of Cano. If the Yankees’ front office was given sodium pentothal and subjected to intense questioning about those machinations, they would have no choice but to admit that they needed to do something drastic to cover for the mistakes made in negotiating with Cano. Had the same contract given to Ellsbury after 2013 been offered to Cano a year earlier in the form of an extension to preclude his free agency that came simultaneous to Ellsbury’s, it’s difficult to imagine him rejecting it.

The Red Sox knew what Ellsbury was. They also knew what he wasn’t. It’s a glowing red flag when a notable free agent’s former employer just won the World Series and has the money to spend, but chooses to limit its retention attempt to an amount they know he will reject. That’s precisely what happened with the Red Sox and their reported 5-year, $80 million offer.

Ellsbury was undoubtedly a good player. However, there was one season in which he put the entire package together and achieved what his skills suggested he could be. In 2011, he was the bright spot in the Red Sox’ disastrous collapse, finishing second in the voting for Most Valuable Player, more than tripling his previous career high in home runs, winning a Gold Glove for his work in center field, and being awarded a Silver Slugger. Had he been a free agent after that season, other teams in addition to the Yankees would have bid for him at his high point.

In 2012 and 2013, he reverted to his general category of being a good but not great player; someone who would provide speed, some pop, great defense and serve as a background cog rather than a centerpiece.

Perhaps the Yankees were comfortable with that and believed the notion that playing his home games in Yankee Stadium with its Little League dimensions in right field would lead to at least 20 homers in addition to his other attributes. Or they might have been accepting of him being a name sufficiently recognizable to counteract the loss of Cano and if he posted the same numbers he did in an average year in Boston, the rest of the Yankees lineup would cover for him.

It didn’t and it was not because of physical fragility and inability to adapt to New York. In his first four seasons as a Yankee, Ellsbury played in 520 out of a possible 648 games – not an outrageous amount of missed time given his history. His Red Sox injuries were sprains and strains, something that a team could reasonably chalk up to the rigors of everyday play and Ellsbury’s game of speed and defense. His .264/.330/.386 slash for the Yankees was nowhere close to the .297/.350/.439 he posted with the Red Sox. His defense declined and he was basically a slightly better than average player in New York after he showed All-Star and even superstar flashes in Boston. Had Ellsbury been joining the Yankees from three years earlier, he would have been more easily hidden. The 2013 to 2016 Yankees needed a player who would lift others around him rather than blend in with the scenery. It was not a particularly good team and the results – win totals in the mid-80s – showed that. Ellsbury was considered part of the problem in their mediocrity, but the real issue was bad starting pitching and a lack of depth, not Jacoby Ellsbury.

He was a contributor to the Yankees’ ALCS team in 2017. Had he continued that trend and played at all in 2018-2019 when they were legitimate title contenders, he would not have lived up to that contract, but it would not be in the debate for one of the worst contracts in the history of the sport as it is after two lost years and now a legal fight.

It’s difficult to envision the Yankees being overly concerned about the money still owed Ellsbury as much as they’re looking to punish him and hammer the point to other players not to get treatment from a doctor unaffiliated with the team or face the same fate. As much as he’s blamed for his failed tenure in New York, the fault lies more with the team for signing him, not with the player for taking the money that should not have been offered in the first place.